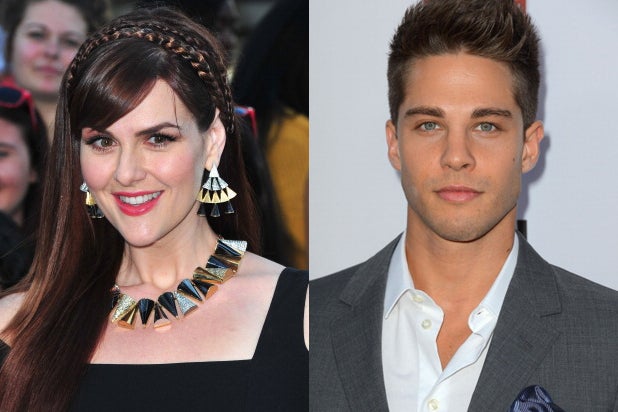 Sara Rue and Dean Geyer are set to star in the indie drama “Maternal Bonds,” TheWrap has learned.

The film, to be directed by Chris Siverston, follows an exhausted set of new parents who are befriended by a seemingly perfect “baby whisperer” named Beth (Rue), who turns out to not be what she seemed. Beth is a single mother herself, who had her baby as the result of an affair with a married man.

Filming is set to begin this week in Los Angeles. “Maternal Bonds” will be produced by Will Clevinger.

Rue is best known for her leading role on all four seasons of the ABC sitcom “Less Than Perfect.” She has also had recurring arcs on “The Big Bang Theory” and “Two and a Half Men.” Geyer most recently played Lea Michele‘s love interest on the latest season of “Glee.”