Director Martin Scorsese’s love of film has found a new outlet for audiences, with the announcement Friday that two digital companies will promote and exhibit a slate of restored films from the developing world via the World Cinema Foundation.

Speaking at a press conference at the Cannes, Scorsese announced Friday that he has formed partnerships with B-Side Entertainment, a digital technology company, and The Auteurs, a virtual cinematheque, to allow audiences to see restored films from a part of the world where cinematic culture has no funding to be preserved. 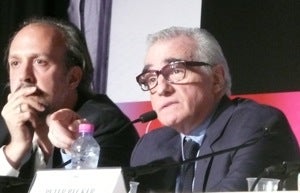 “There are so many pictures in need of restoration and preservations, which for many reasons are not getting the attention they deserve,” said Scorsese. “Restoring and preserving is only half the battle, because in order to be appreciated, they have to be seen.”

He also announced that Kent Jones, the former New York Film Society associate director of programming, would be the new executive director of the world foundation.

Scorsese is the founder and chairman of the World Cinema Foundation, dedicated to preserving and restoring neglected films from the developing world.

TheAuteurs.com is an online movie theater for independent film, which will create a special portal for world foundation films.

Among the restored films being presented at Cannes include "Al Momia," or “The Mummy,” a 1969 Egyptian film, and Fred Zinnemann and Emilio Gomez Muriel’s "Redes," or “The Wave,” from Mexico in 1936.

"It is a crisis already," Scorsese said. "A lot will be lost. But we’ll save something."

The line was crowded with distributors outside Paul Verhoeven’s new film, “Teenagers,” which debuted on Friday at the Cannes film market with no distributor attached. 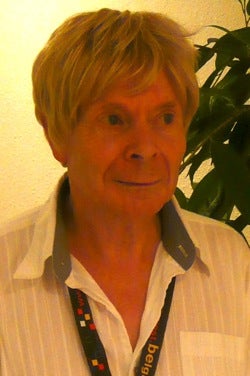 This was a surprise. Who knew that the director of “Showgirls,” “Basic Instinct” and “Starship Troopers” had an under-the-radar pet project about the sexual lives of teenaged boys?

Michael Barker of Sony Pictures Classics and Adam Yauch of Oscilloscope were among those lined up to see it. The theater was full. Fans waited breathlessly outside to see if any seats would open up.

They did, within, mmmm, seconds of the lights being dimmed.

Turns out that guy in the blond wig and diamond earring loitering outside the hall (at right) was the director, Paul Verhoeven. Just not that Paul Verhoeven (below).

“He’s my cousin,” said Verhoeven, whose film — which appeared to have been shot on video and edited during the height of that era — was his first. 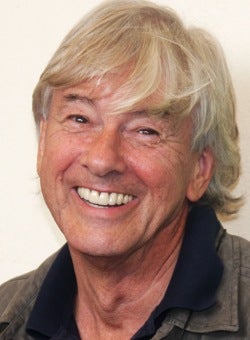 The 67-year-old filmmaker said he has spent a career as a computer programmer. He has also been an organist which explained, he said, his ability to write and perform the score himself.

“This might actually be the worst film at the festival,” said Yauch. “Something like, ‘I decided to do a film, and I know nothing about film.’”

Verhoeven explained: "It’s a film for 11 and 12-year-olds. But unfortunately, we need adults to distribute it."