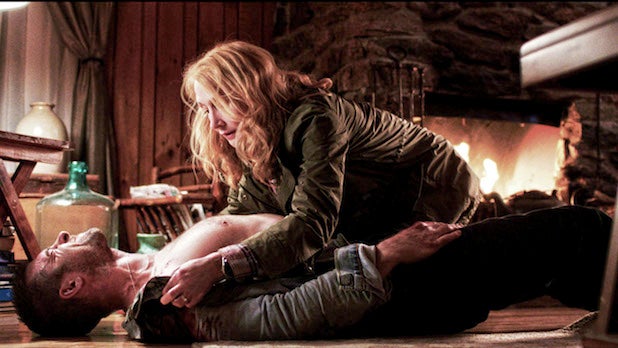 Story follows a doctor (Clarkson) who takes in a mysterious man (Speedman) when he washes ashore at her remote cottage with a gunshot wound — and soon discovers that his would-be killer (Roth) is on his way to finish the job.

“Ruba Nadda has created an incredibly gripping and psychologically intense thriller,” said Jonathan Sehring, president of Sundance Selects/IFC Films. “We are proud to be working again with Ruba and Patricia Clarkson, two incredibly gifted talents, who have reunited here for the first time since ‘Cairo Time.'”

The deal was negotiated with Jay Cohen at Gersh and Myriad’s Kirk D’Amico on behalf of the filmmakers.