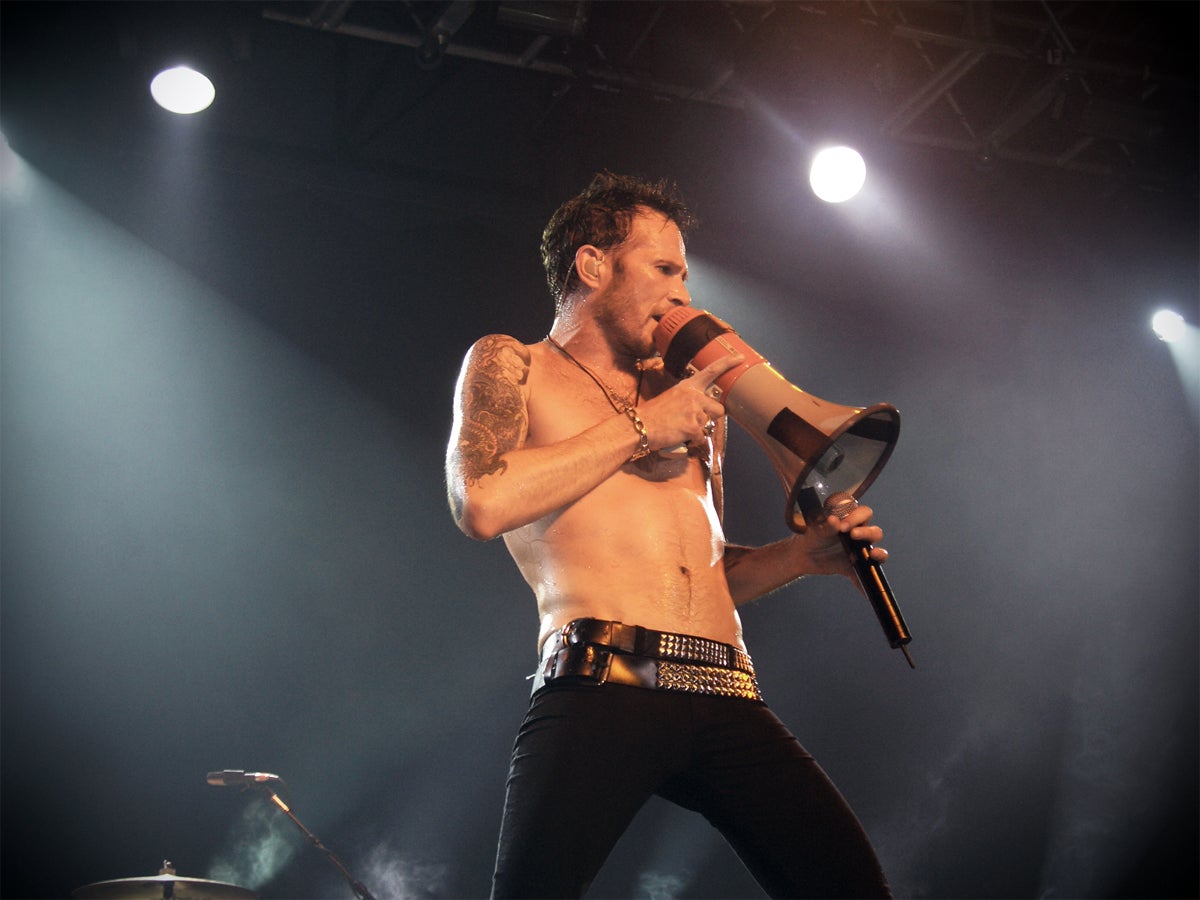 Despite a report that he was sitting in jail for the last four weeks, former Stone Temple Pilots frontman Scott Weiland is not incarcerated, Los Angeles County Sheriff’s Department confirmed to TheWrap.

The man they have in custody is not him, despite their earlier assertions it was indeed the singer.

Police have positively identified the man as 44-year-old Jason Michael Hurley, according to a press release from the Beverly Hills Police Department. When arrested on July 26, Hurley asserted that he was Weiland. FBI fingerprint results received on Thursday confirmed the man’s true identity. He is now facing an additional charge of furnishing false information to a peace officer.

Weiland posted a video on Facebook Thursday night denying the claim that he’d been arrested, as reported by TMZ. The website has since updated their original story to reflect that it is not Weiland who is in jail.

In the video, Weiland was sitting in a recording studio with his new band, The Wildabout. “I just got finished reading something interesting: a nice piece of fiction from TMZ saying that I was in jail and had been for four months,” Weiland said in the video.

The original article stated that he’d been in jail for the last four weeks, so perhaps Weiland may have misread it.

Weiland added that he’d been touring, writing music and recording music. “All I have to say to our fans — whether you find it funny or interesting or whether you’re sad — don’t worry, don’t fret,” he concluded. “It’s a lie. TMZ, you’ll be hearing from my attorneys.”

The original TMZ article stated that Weiland was arrested “last month” after allegedly stealing razors and cosmetic items from a Rite-Aid. When authorities searched him, they purportedly found methamphetamine.

After Weiland’s video was released, a spokesman for Los Angeles County Sheriff’s Department told TheWrap: “We confirmed that inside the jail is someone booked as Scott Klein Weiland. We confirmed that that person was there inside the jail. So that is what we confirmed. What we are trying to do now is to speak to the Beverly Hills Police Department to find out what the deal is. We are trying to find out what is going on with this.”

Earlier on Thursday, the Beverly Hills Police Department told TheWrap that they did have Scott Weiland in custody, identifying him definitively as the “former lead singer of Stone Temple Pilots.”

When asked if it was possible they had arrested someone who simply claimed to be Scott Weiland, but was not the Scott Weiland of STP fame, the L.A. County Sheriff’s Department said that it is a possibility.

After a follow-up, the Sheriff’s Department confirmed to TheWrap that the man they have in custody is, in fact, not the Scott Weiland of Stone Temple Pilots fame.