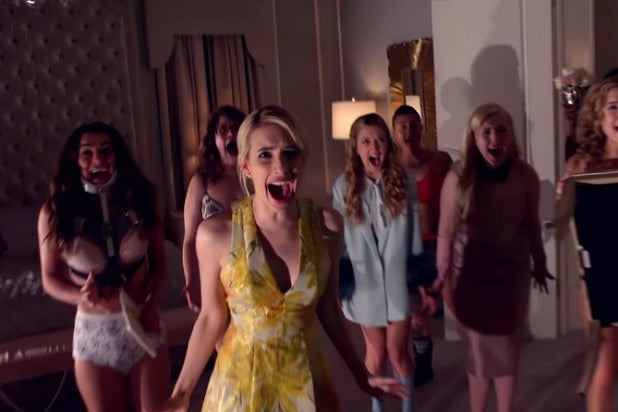 There will also be a panel featuring the casts of both “Scream Queens” and Murphy and Falchuck’s other horror series, FX’s “American Horror Story,” including Kathy Bates, Angela Bassett, Sarah Paulson, Evan Peters and Matt Bomer.

Other panels include a first-look and Q&A with the cast and producers of the A&E/Fox 21 Television Studios drama “Damien,” and a Seth MacFarlane panel featuring the cast and executive producers of “Family Guy,” “American Dad” and the upcoming Fox animated series “Bordertown.”