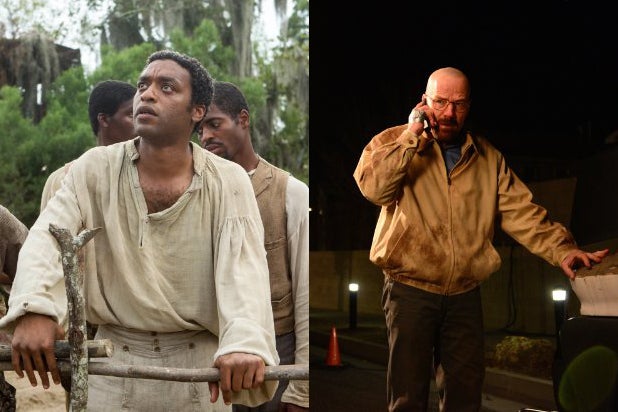 The nominations for the 20th Annual Screen Actors Guild Awards were unveiled Wednesday morning at approximately 6 a.m. PT, live on TNT and TBS.

Two randomly selected panels of 2,100 members each from across the country choose the nominees for television and motion pictures. All active members of the SAG-AFTRA in the United States  — more than 100,000 people — receive voting information to select the outstanding performances of the year. The winners will be revealed live on TNT and TBS on Saturday, Jan. 18, 2014.

The 20th annual Screen Actors Guild Awards were handed out Saturday night, and TheWrap has the complete list who takes home the acting awards given by their peers — for film, television, and stunt ensemble.

Also read: Golden Globes and SAG Shutouts: 6 Actors That Shouldn’t Give Up Hope Yet