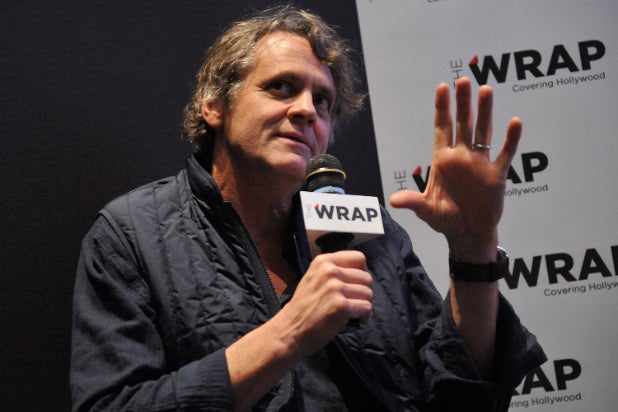 If anyone knows how long the Hollywood greenlighting process can take, it’s Chris Wedge. From concept to screen, the life cycle of the director’s latest animated adventure film, “Epic,” took 15 years.

But Wedge told the audience at TheWrap’s screening series that the work that gets done in that span is anything but a leisurely stroll to the finish line.

“Epic,” released in May 2013, was the eighth feature film by Blue Sky Studios, which Wedge cofounded in 1987. Blue Sky had struck gold with the “Ice Age” franchise for parent company 20th Century Fox, but the director wanted to move away from comedy and tell a big action/adventure tale that’s, well, epic.

“I wanted to try something a little bit different that didn’t start with comedy, [but] that started with the world and the adventure of it, and then populate it with characters and throw in the comedy too,” Wedge said.

That approach was part of the reason “Epic” took such a long time to hit theaters.

“It’s been one of those projects that took forever to crack and get a studio interested in backing it,” Wedge said. “It took a lot to get it on the screen.”

“When you pitch a new idea, it kind of has to hit a bunch of targets at once. And I think one of my issues with this movie was that that wasn’t obvious to people. And to their credit, Fox finally got behind this and then just opened up the floodgates and let me make the whole thing.”

During that wait, another film with a similar theme and highly advanced animation stole some of Wedge’s thunder: “Avatar.” Wedge told the audience that his son reacted in shock leaving the theater in 2009, saying James Cameron’s hugely successful film looked exactly like what he thought the film that eventually became “Epic” would.

“Your competition isn’t with the other studios; your competition is for ideas,” Wedge said, adding that it is both “terrifying” and “invigorating” for directors to pitch against filmmakers with preexisting base material or franchises.

“When you’re pitching ideas you’ve either got a script that is half cooked, or you’ve got drawings and some paintings of things, but there’s only so much you can do,” he said.

“It took the 500 people that you saw going by in those credits three-and-a-half or four years to put that on the screen. So now I can say, ‘see this is what I meant.'”

Also Read: TheWrap Screening Series: Pharrell and ‘Despicable Me 2’ – How a Song Can Change a Movie

Though the process was undoubtedly frustrating, it has already begun to pay off. “Epic” grossed a respectable $264 million worldwide on a $100 million production budget, and the film has garnered four Annie Award nominations – for the stunning production design and animation, composer Danny Elfman, and director Wedge.