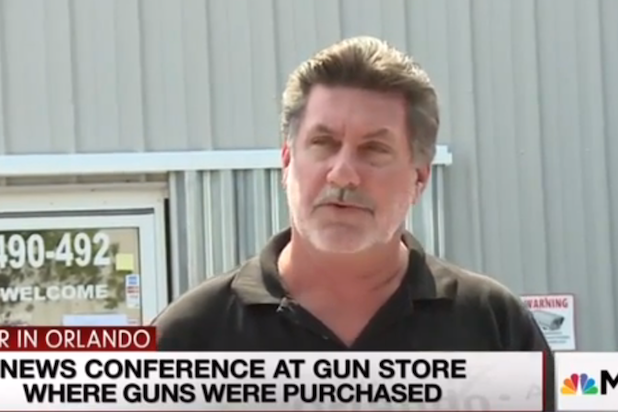 “Ed Henson, a highly decorated retired NYPD detective, who was also a 9/11 and Flight 587 first responder, is a second cousin of mine,” Hannity told Adweek’s TVNewser blog.

Henson has been cooperating with the ATF to determine how Mateen was able to legally obtain the weapons.

“An evil person came in here and legally purchased two firearms from us … and if he hadn’t purchased them from us, I’m sure he would’ve gotten them from another local gun store in the area,” Henson said earlier this week during a news conference. He added, “I am sorry he picked my place. I wish he picked no place.”

Mateen murdered 49 people and injured another 53 on Sunday morning at Pulse nightclub in Orlando. Police killed him during a shootout after a lengthy standoff.

“All indications are that he followed the Florida state law as a licensed dealer and the ATF has also acknowledged that no laws were broken,” Hannity said in his cousin’s defense. “As I have been saying for days, my prayers and condolences go out to the families and loved ones of all of the victims.”

Hannity hosts the popular show, creatively named “Hannity,” weeknights at 10 p.m. on Fox News. He recently interviewed Mark Allen Bando, a father of a victim of the nightclub attack.

“He lived down there and I lived up here and I never got a chance to teach him how to handle firearms,” Mr. Bando told the Fox News host. “I think if we’d have lived in closer proximity, he would have become proficient. He probably would’ve gotten a [concealed weapon license] and carried a gun and that could’ve made a difference last night.”