Sean Penn is thrilled his new movie, “Flag Day,” is exclusively releasing in theaters, but only wants vaccinated people to go see it.

“I do always feel, at this point in time, that I have to say that I hope — I’d ask — that as much as I want people all to go to the theater, I really only want people who are vaccinated and safe to themselves and each other to go,” he told NBC’s Seth Meyers Monday night. “It will stream.”

He added, “Most of the people who aren’t vaccinated probably aren’t interested in my movies, anyway.” 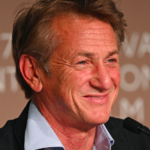 Penn is directing and starring in “Flag Day,” out last Friday, with his daughter, Dylan Penn.

“If I’m interested in seeing a film, I don’t want the convenience of the small box when something was — like ‘Flag Day’ was — made for the big screen,” he told Meyers.

In July, he refused to continue shooting “Gaslit” until all of the crew on the Watergate-focused program were vaccinated. In October, he will receive one of the Los Angeles Press Club’s Bill Rosendahl Public Service Awards for Contributions to Civic Life. The LAPC announced Friday that he and Ann Lee, with whom he co-founded the crisis response organization Community Organized Relief Effort (CORE) are the 2021 recipients.

“As the world was reeling from the spread of COVID-19, Sean and Ann jumped in and mobilized a massive testing effort in Southern California and beyond,” said Los Angeles Press Club President Lisa Richwine in a Friday statement.