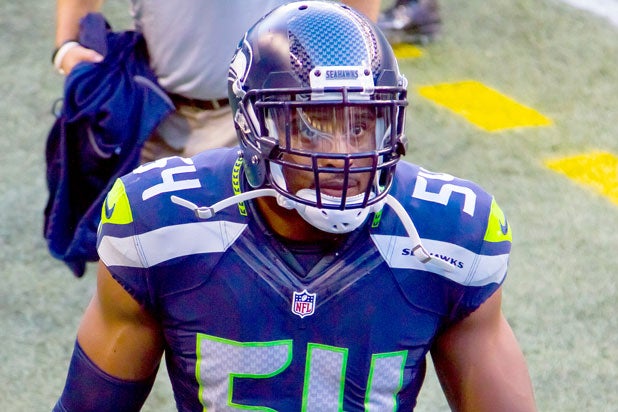 Several members of the Seattle Seahawks are considering protesting the national anthem over civil rights concerns when the team faces the Miami Dolphins on Sunday, the 15th anniversary of the Sept. 11th attacks, according to the Seattle Times.

The players are considering joining San Francisco 49ers quarterback Colin Kaepernick, who is famously protesting the national anthem out of refusal to “show pride in a flag for a country that oppresses black people.” Kaepernick has either sat or kneeled the past two games and doesn’t plan to stop anytime soon.

The Times said star receiver Doug Baldwin and star linebacker Bobby Wagner are among the players who might join Kaepernick.

“I have (considered it),” Baldwin told the paper. “I want to make sure I get all of my ducks in a row before I do so.”

“To me, this is bigger than football and it would be selfish on my part to look the other way,” Kaepernick told NFL Media after the first game in which he protested. “There are bodies in the street and people getting paid leave and getting away with murder.”

Since his protest, the response has been polarizing. Charlie Sheen, Spike Lee and President Obama have expressed support, and Kaepernick’s jersey sales have skyrocketed.

Also Read: NFL Executive on 'Traitor' Colin Kaepernick: 'I Don't Want Him Anywhere Near My Team'

“I don’t want him anywhere near my team,” one front office executive told Bleacher Report. “He’s a traitor.”

Seahawks coach Pete Carroll probably isn’t among the anonymous execs who loathe Kaepernick, as the paper said he told Lane that the club is fine with whatever he deices when it comes to protesting racial inequality and police brutality.

“He’s pretty clear on what he did and what he was trying to express and I think it is very simple and so we’ll leave that up to him,” Carroll told the Times. “But he understands the responsibility of it, I think, and shouldering it.”

The Seahawks did not immediately respond to TheWrap’s request to comment.