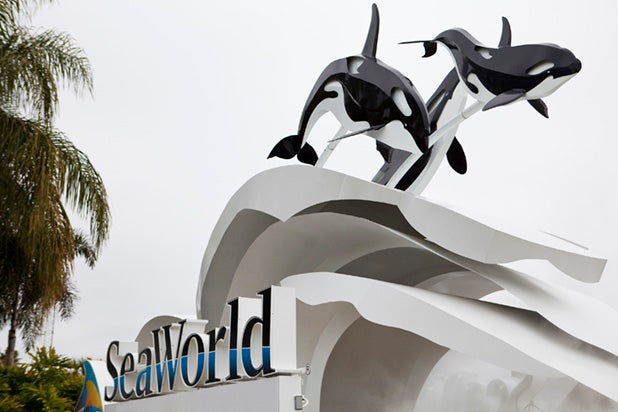 ORLANDO - FEBRUARY 24: The sign at the entrance to SeaWorld February 24, 2010 in Orlando, Florida. A female trainer who presumably slipped and fell in to a holding tank was fatally injured after she was attacked by an orca. This is the third human death associated with the killer whale according to the Humane Society of the United States. (Photo by Matt Stroshane/Getty Images)

The San Diego Union-Tribune reports that the amusement park will end the long-running shows following criticism of how killer whales are treated in the wake of the documentary, “Blackfish.” The decision also follows efforts by California and federal legislators to ban the captive breeding of orcas, which would essentially stop SeaWorld’s theatrical shows.

The amusement park will instead create a new interactive orca experience with a “conservation message inspiring people to act.” The new exhibit will open in 2017.

The change follows heavy drops in the park’s profits and attendance after the 2013 documentary raised concerns about the confinement and captivity of the park’s orcas, blaming the conditions for one whale’s role in the death of three trainers.

SeaWorld reported an 84 percent drop in profits back in August, but blamed the decline on multiple external factors, such as a holiday timing and extreme weather.