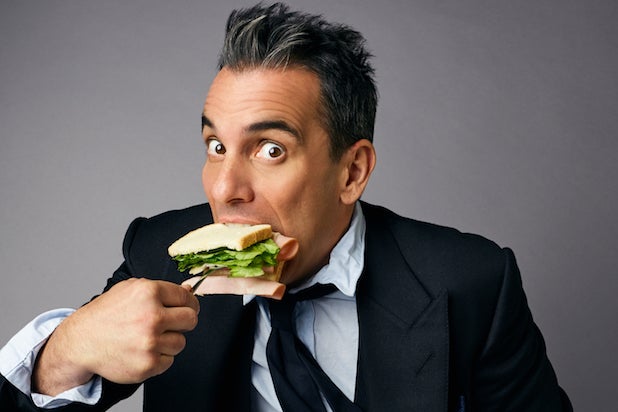 The next MTV VMAs host is… Sebastian Maniscalco.

The comedian and best-selling author announced his new role Tuesday night on the Tonight Show — at which point a large demographic of younger VMA-watchers collectively said…”Who?”

“As soon as they announce the VMAs, three million teenagers are gonna search ‘Who the hell is Sebastian Maniscalco?'” he says in MTV’s promo video for the awards show, which you can watch below.

The awards show will take place on Monday, August 26 at the Prudential Center in Newark, New Jersey, and will broadcast live on MTV.

Maniscalco, known for not being particularly up to date on pop-culture, is an interesting choice for the host slot. In the awards show promo video, he assumes Cardi B must be either “a spice or a supplement” and sounds really excited at the idea that Childish Gambino must be Italian like him.

But Maniscalco insists that he grew up on MTV — “Madonna! Prince!” he says, listing artists of his day. “Wham!”

The Chicago native is one of many comedians to host the awards, following in the footsteps of Jimmy Fallon, Chris Rock, Chelsea Handler, Arsenio Hall, Russell Brand, and Kevin Hart, to name a few.

To further familiarize yourself, check out his Netflix special “Stay Hungry,” and his best-selling book of the same title. He’s also had four stand-up specials on Comedy Central.