Sports Illustrated has named Serena Williams its 2015 Sportsperson of the Year. If the title of that award seems new too, that’s because it is.

In 2015, Williams won her 19th, 20th and 21st Grand Slam titles at the Australian Open, French Open and Wimbledon, respectively. She was the year-end No. 1 for the fifth time in her career. Williams was so dominant that for one six-week stretch this summer she had twice as many ranking points as the world No. 2.

Also in 2015, Williams appeared in movies and TV shows, guest-edited magazines and published essays. She has utilized her platform to advocate for racial justice, gender equality and equal access to education around the world, the magazine touted.

“This year was spectacular,” Williams said. “For Sports Illustrated to recognize my hard work, dedication and sheer determination with this award gives me hope to continue on and do better. As I always say, it takes a village — not just one person. This is not just an accomplishment for me, but for my whole team and all my fans. I am beyond honored.”

Also Read: Serena Williams Can't Go the Distance in Her Own Charity Race

Since 1954, Sports Illustrated editors have annually presented the award — which was formerly titled Sportsman of the Year — to the athlete, team or coach who transcended the year in sports by achieving the highest level of athletic excellence, while demonstrating the ideals of sportsmanship. Williams is the first woman to be recognized with the honor as an individual since Mary Decker in 1983, and the first active tennis player since Chris Evert in 1976. Basketball coach Pat Summitt was the most-recent woman to be Sportsperson of the year when she shared the distinction with another basketball coach, Duke’s Mike Krzyzewski, in 2011.

“Serena has made a very strong case as not only the greatest tennis player of her generation but of all time, and after the string of performances she put together in 2015, she is one of the most dominant athletes playing today,” said Sports Illustrated Group Editor Paul Fichtenbaum. “Her extraordinary accomplishments on and off the court this year made the most deserving candidate for this award and also brought about the perfect opportunity to officially designate it as the Sportsperson of the Year moving forward.”

“Even amid such a rich collection of finalists, Serena Williams was a decisive choice,” said Sports Illustrated Managing Editor Chris Stone. “As a performer, as a doer, as a symbol, no one extended themselves and embraced the best (and worst) the sports world has to offer quite like Serena Williams, champion, 2015 Sportsperson of the Year.” 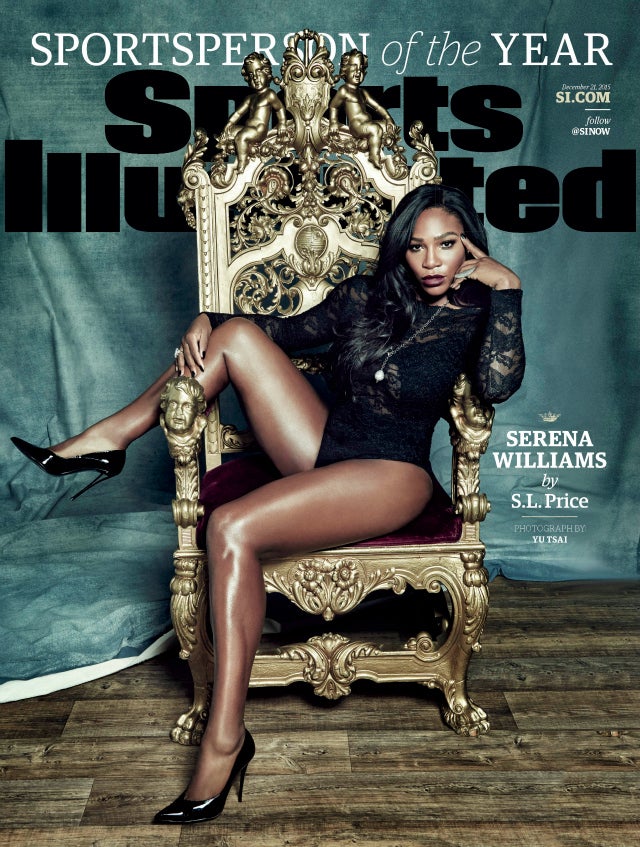