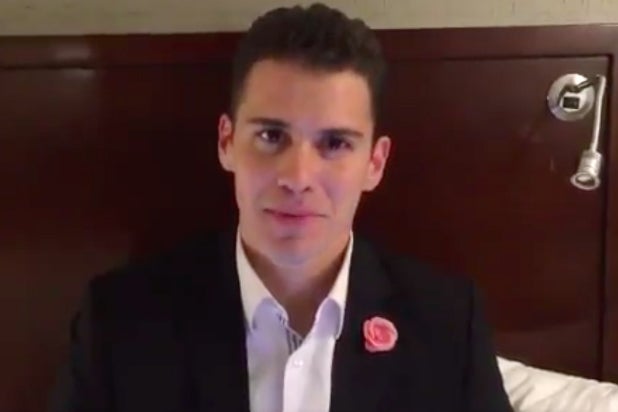 Sergio Dipp didn’t have a great “Monday Night Football” debut — on 9/11, of all days — but the ESPN Deportes reporter has been pretty much perfect since that rough start from the sidelines.

The 29-year-old Dipp struggled through his report on ESPN, quickly becoming the Internet’s latest viral sensation. Throughout the jokes and memes, Dipp maintained a positive attitude and even (essentially) apologized for the messy cable-TV moment. Or at least, he explained his intentions.

Dipp then asked viewers (and his employer) for a second chance, promising, “I’ll make the most of it.”

Also Read: When Sergio Dipp Will Next Appear on ESPN's Airwaves

“What I wanted to do was show some respect,” Dipp said in a video posted early this morning on Twitter. “Making my debut as a minority on American national TV — the biggest stage out there — on the most heartfelt day in this great country made up by immigrants.”

Dipp’s first gigantic opportunity just happened to also be the first time two African-American head coaches — Vance Joseph with the Denver Broncos and Anthony Lynn with the L.A. Chargers — made their own regular-season debuts in the same NFL game, something the Mexican-American tried to hit on in his English-language report. It didn’t quite work out, and social media had a field-day with the moment.

“I truly meant no disrespect, because all I wanted to do was to just show some love to these two historical head coaches,” Dipp continued in his response video. “Hopefully, I’ll have another chance, and be sure I’ll make the most of it.”

Oh, and we also found out when he’ll next get to be on ESPN’s cable airwaves. Check that out here.