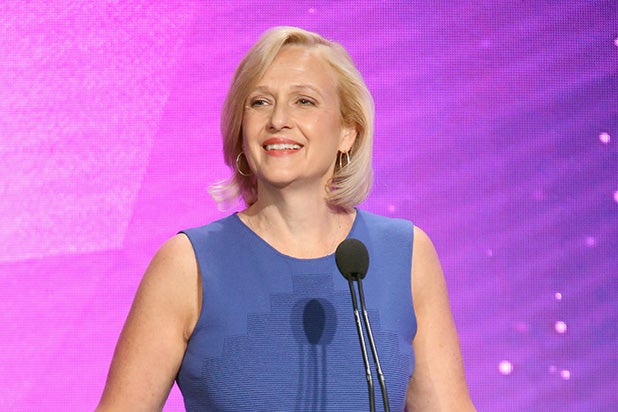 “‘Sesame Street’ is produced by Sesame Workshop, which is an independent production company, and the casting decision was made by them,” she said. “We did not know about it beforehand. We found out about it after.”

Longtime fans of the series were upset to hear that Bob McGrath, Roscoe Orman and Emilio Delgado had all been fired from the long-running educational program earlier this month. All three cast members had been with the show since the early ’70s.

Sesame Workshop released a statement on Thursday, assuring that the three actors will “continue to represent [‘Sesame Street’] at public events” and remain a part of the show’s “beloved family.”

During her executive session on Thursday, Kerger walked the press through some of PBS’ upcoming programming and responded to questions. When she was asked about the presidential election, Kerger avoided weighing in beyond saying that she does not want PBS itself to again become a hotly debated issue, as it was in 2012.

“Not a place that we’ve ever been before, and not a place that I hope we will be in the future,” she said. “I think that was an unusual event that we were propelled into.”

“We are interested in the election, but we are also interested what happens in the House and the Senate,” she said, explaining that federal funding must be approved by both congressional bodies.

“All I can say is that from my perspective, what is important for us to do is to make sure that those who end up holding elected office understand what we do, who we are and the contributions that we make to civil society.”