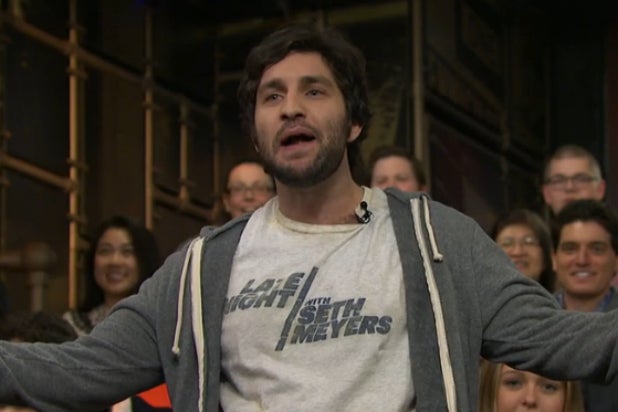 Seth Meyers was heckled by his own audience in just his second “Late Night” to-date — all in good fun, of course.

Three people planted in the Studio 8G crowd offered their unsolicited opinions on exactly when the young show sold out and/or hit its stride, depending on who did the speaking up. One of them, the most enthusiastic of the bunch, even threw to a replay clip of herself to help state her case.

Meyers and West recalled a sketch they wrote together, parodying the rapper’s famous interruption of Taylor Swift at the 2009 MTV Video Music Awards. In the skit, West interrupted a Best Pumpkin Contest, stealing the blue ribbon from a young girl.

“Life is life, and they will give an eight-year-old the Best Pumpkin at any given time,” West summed up, rather poignantly.