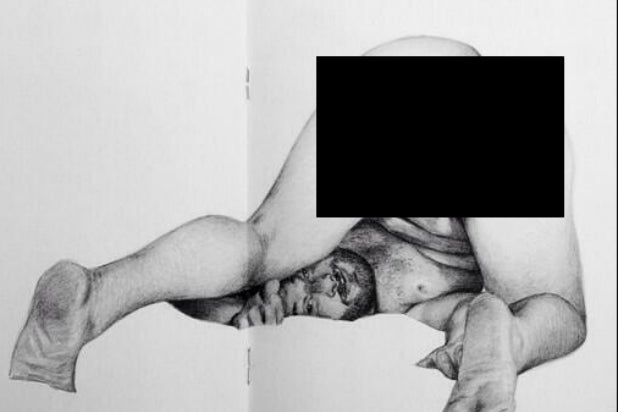 Seth Rogen posted a selfie Thursday night that left exactly nothing to the imagination, except perhaps wonder at how he could achieve such an awkward pose.

The image, posted on Rogen’s official Twitter account, is apparently a sketch of the actor bending over to give us all an eyeful of Rogen Jr. and the twins.

There was no other explanation attached to the image, just the word, “Selfie.”

Rogen costars in the raunchy comedy “Neighbors” alongside Zac Efron, Rose Byrne, and Dave Franco, which hits theaters May 9.