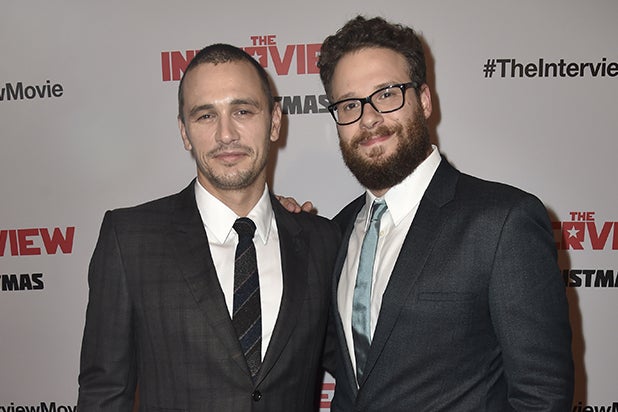 Seth Rogen is holding another fundraiser for Hilarity for Charity, this time with his “The Interview” co-star James Franco.

A $10 donation to the organization buys an entry to a contest to attend Franco’s bar mitzvah as Rogen’s VIP guest on Oct. 17. Other prizes include t-shirts and dinner with Rogen.

Hilarity for Charity, created by Seth Rogen and Lauren Miller Rogen, is a movement to raise awareness of Alzheimer’s disease among millenials. In a partnership with the Alzheimer’s Association, HFC helps families struggling with Alzheimer’s care, increases support groups and funds new research.

The contest runs through Oct. 10 in partnership with Omaze, a crowdsourcing-based fundraising platform.

Previously, Rogen offered himself as a date to a prom-themed variety show featuring Joseph Gordon-Levitt, Sarah Silverman, Craig Robinson and the Nasty Delicious, plus Bill Burr and Kumail Nanjiani.