Last Updated: February 23, 2010 @ 2:12 PM
The greatest love experiment on television is coming to the end of another season. Last night the "Women Tell All" special aired as this week’s installment of ABC’s "The Bachelor." Next week Jake will wrap it all up with the most dramatic final rose ceremony ever!
I don’t know about you, but with the exception of about 10 jaw-dropping, bombastic minutes, I was a little bored. There was an awful lot of recapping. I feel like it was a big flashback dream and I invested a lot of time for very little payback.
That said, I love this show, and whatever they need to do to fill two hours, they have my blessing.
I was at the taping of the "Women Tell All" special. It took hours of filming, and lots of what we saw ended up on the cutting-room floor. I must say that they did a good job of editing, because most of what they cut out was repetitious and not that interesting.
They began by showing a bunch of bachelor/bachelorette cast reunions. Who knew these even existed? If it is any indication of what "The Bachelor Pad" show will be like this summer, we can look forward to seeing tons of naked bodies, drunken rants and regrettable sex. 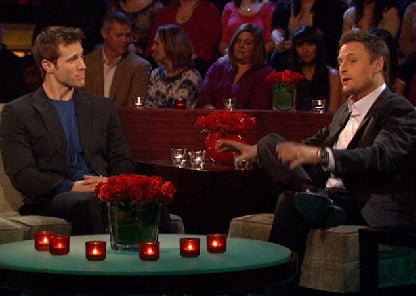