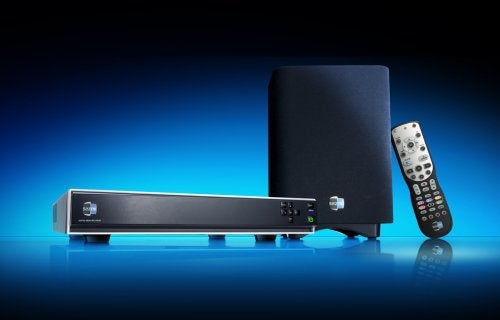 Sezmi is ready to take on the cable and satellite giants.

It’s a heady, perhaps even foolhardy ambition  for a small TV 2.0 startup that moved a step closer to reality on Thursday.

The fledgling company announced a partnership with Best Buy, under which the retailer will distribute Sezmi’s $299 reception centers and media players starting this week.

Sezmi combines broadband and traditional broadcasting in an all-in-one box that it claims is a cheaper alternative to other paid television services.

"When it comes to television, we’ve been stuck in the same old experience for too long," Sezmi CEO Y.C. Buno Pati told TheWrap during a product demonstration. "We want to take all these different elements and screens and integrate them into one, but in a way that’s not clunky."

The partnership with Best Buy in Los Angeles follows a three-month trial run of the product with the retailer in L.A. last November. The company says the trial was quickly oversubscribed and well-received.

The new partnership will help the Silicon Valley-based startup share the cost of its official product launch and give it a national distribution platform. It’s the first of several different strategic distribution partnerships that Sezmi hopes to establish with other retailers and telephone companies.

The product will begin its rollout in Los Angeles before going national later this spring. It will begin by offering a basic broadcasting plan; it hopes to have its full range of cable channels by the end of 2010.

Sezmi offers content from standard broadcasting, major cable channels such as Comedy Central and TCM, and online video providers such as YouTube. It currently offers 10,000 movies for rental from nearly every major studio.

There are still a few channels it’s missing, such as sports channels like ESPN and movie channels like HBO, but the company says it plans to add to its list of offerings over the coming year.

Like a DVR, it features an HD media recorder and also organizes programming favorites with 1 terabyte of storage for over 1,000 hours of programming.

The recorder also allows users to set up separate accounts for each person in a household, and recommends programming based on a subscriber’s viewing habits.

A basic programming package featuring about 70 networks costs $4.99 a month, while a larger subscription featuring cable channels like Comedy Central and VH1 runs for $19.99.  For the one-time $299, customers purchase the reception system, remote control and the media recorder.

Despite the low price, Sezmi’s ability to compete with the cable and satellite big boys remains a murky proposition. The company raised $56 million to fund its operations, but it also has slashed staff,

20 percent of its employees in November.

Likewise, while the system involves on a low entry fee, a lot of á là carte pricing for on-demand shows means subscribers could quickly get turned off by erratic monthly bills for their service.