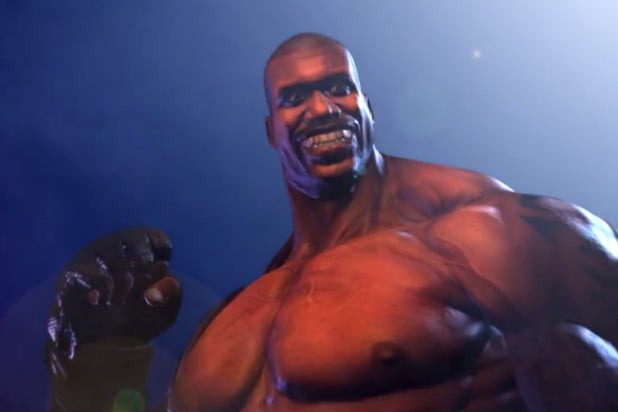 Shaquille O’Neal wants to revive one of the worst video games of all time, and he needs $450,000 to do it.

The “NBA on TNT” analyst and former NBA star kicked off a 45-day Indiegogo campaign on Thursday to crowdfund the making of “Shaq-Fu: A Legend Reborn.”

The campaign currently has $35,003 of its nearly half-million dollar goal. The Indiegogo site reminds readers that wealthy Shaq could easily afford to fully fund it on his own, but the explanation states: “The purpose of bringing the game to the public is to see how much interest there is in becoming Shaq’s partner and in seeing the game happen.”

Also read: Shaquille O’Neal Has Bad News for ‘Kazaam’ Fans, Good News for Those Who Like ‘Steel’

The sequel would coincide with this year’s 20th anniversary of “Shaq-Fu.” The 1994 console game was of the fighting variety, but oddly starring a then-22-year-old pro basketballer O’Neal.

The original game almost immediately achieved cult status for how bad it was; it is so well-recognized for mediocrity that even the “Shaq-Fu 2” crowdfunding site boasts the tagline: “Shaq-Fu returns and this time we won’t FU it up!”

There are even videos on the Indiegogo site offering elaborate finger-pointing and explanations about what went so wrong with the first attempt — now gamers have a chance to pay for a sequel!

Also read: Shaq Gets His Own Comedy Showcase – Can Dr. O’Neal Deliver?

The project, from Big Deez Productions, offers the following returns on donations:
$15 will land a donator a copy of the game — that’s the base prize.
For $150, one can record their own voiceover to be used in the game.
For $500, Shaq will follow you on Instagram.
For $1,000, the big man will follow you on Twitter — but only for one year.

For the more generous donor with far too much disposable income, there is the granddaddy of them all: For $35,000* (yes, $35,000), one fan can bring two friends to Turner studios for a meet and greet, to watch the taping of “NBA on TNT” and even have lunch with Shaq at the studio.

*Travel is not included.