Add a new, and weird, wrinkle to the growing list of Ozy Media scandals. On the same day the company’s chairman, Marc Lasry, resigned, founder and CEO Carlos Watson has received a PR black eye of his own, courtesy of Sharon Osbourne.

In 2019, Watson appeared on CNBC and told a charming story about Sharon and her husband, rock legend Ozzy Osbourne. “Fun fact: our friend Ozzy and Sharon sued us briefly, and then we decided to be friends and now they’re investors in Ozy,” Watson said at the time.

Well, in light of everything that’s happened in the last couple of weeks, CNBC followed up on Watson’s claims. And on Thursday afternoon, Sharon Osbourne said that Watson was lying. “This guy is the biggest shyster I have ever seen in my life,” Osbourne told CNBc.

The Osbournes sued Ozy Media in 2017 over Ozy Fest, which they said infringed on OzzFest, the long-running music festival they established in 1996. According to Sharon Osbourne, Watson attempted to intimidate her during discussions related to the lawsuit. 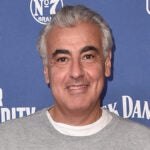 Sharon Osbourne told CNBC that the matter was settled in 2018 after she and Ozzy Osbourne paid about $300,000 in legal fees. However, there were strings that gave her and Ozzy some oversight over Ozy Fest. “He couldn’t have the sort of artists that we have on our bill. So he couldn’t have any rock artists or alternative artists on his bill. Because he was starting to take rap artists and we’ve had a few rap artists on,” she told CNBC. “So I’m like ‘this is getting ridiculous now.’ So, he had to approve the bills with me and he had to approve the advertising with me.”

It is, as we said, just one of many in the rapidly escalating scandal that started last weekend when the New York Times published a story accusing Ozy Media of inflating traffic, faking its content to raise money, and even impersonating a Google executive.

In the 5 days since then, Watson stepped down as host of the news and documentary Emmys, the company’s COO — who impersonated the Google exec — took a leave of absence, investors and execs have walked away, and A&E canceled the second installment of a special it produced with Ozy.