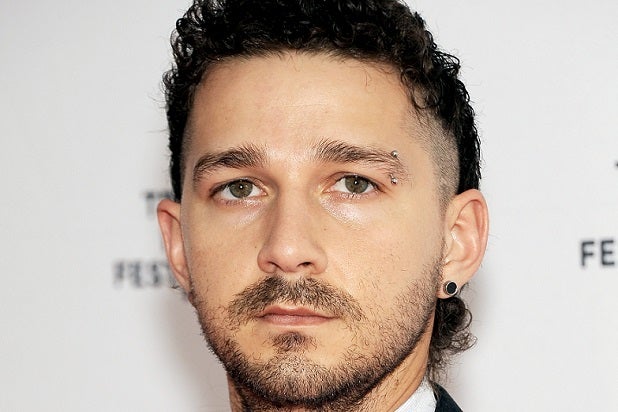 Shia LaBeouf‘s day at work turned into a real headache for the actor on Tuesday, as the “Transformers” star was hospitalized with head and finger injuries as the result of a scene gone wrong on the North Dakota set of his upcoming film “American Honey,” a spokeswoman for the actor told TheWrap Wednesday.

According to the spokeswoman, LaBeouf suffered “minimal injuries.”

“As protocol, production sought out medical attention and Shia received stitches on his hand and for a laceration on his head,” the publicist said.

LaBeouf was injured while filming a scene that required him to put his head through a glass window. But something went awry during the scene, and LaBeouf ended up injuring himself for real, TMZ reports.

The 29-year-old actor was rushed to the hospital with injuries to his head and index finger, receiving 20 stitches and 13 staples before being released.

LaBeouf is expected to return to filming on Thursday.