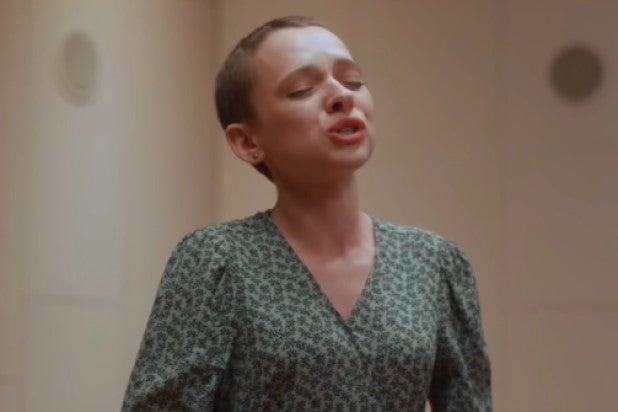 “Unorthodox,” the hit Netflix limited series, earned an impressive eight Emmy nominations earlier this month. I believe that at least one of these nominations began with the audition tape of the show’s lead actress, Shira Haas, who plays Esther or “Esty.”

The show highlights the journey of Esty, a young woman who leaves the Hasidic community of Brooklyn to pursue her passion for music.

I watched the show with great interest as I share a number of similarities with Esty. I grew up in the ultra-Orthodox community of Jerusalem and left the neighborhood when I realized I wouldn’t be able to maximize my full potential as an artist.

There is a pivotal scene when Esty auditions for the prestigious conservatory in Berlin. Esty sings two songs for her audition — one a song by Schubert, “An Die Musik,” and the other a popular Yiddish song that is commonly performed at weddings, “Mi Bon Siach.”

My curiosity about the audition scene in “Unorthodox” led me to search for Haas’ audition tape for the show. I eventually discovered the video, where she performs the song “Hallelujah.” Watching her tape video reminded me of my own challenges during tryouts and showed me that the seeds of critical success — Emmy nominations, in this case — begin with the choices one makes during auditions.

The first thing I noticed was that Haas was dressed in Hasidic garb and her singing sounded genuine and authentic. What really stuck out to me, though, was that she closed her eyes as she sang, something that every Hasidic singer including me, is accustomed to doing. I don’t know if this was a conscious decision, but to me, that particular detail made her performance ring true.

Perhaps Shira Haas added this nuance because she had previously played a Hasidic character named “Ruchami” in the TV series “Shtisel,” where she likely learned many Hasidic mannerisms.

Whatever the reason for Haas’ choice, I was happy to see that the dedication to authenticity she took from her first pursuit of the role of Esty was rewarded with an Emmy nomination. I am not an Emmy voter but if I were, she’d have my vote!

One thing that didn’t ring true, however, to the spirit of Hasidim is her completion of the last word of Hallelujah — a Hasidic person would say “HalleluKah,” with a “k” rather than a “j” because he or she would not say G-d’s name in vain.

Back home in Jerusalem, I choreographed many Hasidic musicals, writing and composing religious songs where the entire show was dedicated to God. Hasidic musicals are designed as a form of prayer to elevate spirituality to another level.

Because Hasidic musicals were the only form of music I knew, when I eventually arrived in the United States, I faced the big adjustment of learning secular music styles and adapting to modern culture.

Shortly after I arrived in New York, I enrolled in a prestigious school in Manhattan where I faced an audition to enter the musical program.

The audition was led by the talented Broadway star Kristy Cates, the director of Musical Theatre at the New York Film Academy. I felt anxious singing in front of judges but I knew I was finally on the right path as an artist. Even though I wasn’t allowed to choose a familiar Hasidic song in my audition like Esty, I sang the best I could. And I told my own story dedicated to God as if I were still in Jerusalem. I closed my eyes and believed that my message was strong and passed the audition.

Though I had my eyes closed during my audition, this wasn’t accepted in the world of musical theatre. Ms. Cates required the students to sing and deliver their own story through the entire performance; often she reminded me, “Keep your eyes open so you can connect with the audience!” This advice has helped me both as a performer and a human being.

Shira Haas connected with the people she first needed to impress, the creators who put together “Unorthodox,” by keeping her eyes closed.

I’m so glad that Shira made those thoughtful decisions during her audition. As an Israeli and musical lover, I couldn’t be more proud that attention to detail led to her becoming the first Israeli actress ever nominated for a Primetime Emmy acting award.

With Emmy voters voting this week, it’s too late for me to become Shira’s campaign manager, but not too late for voters to make sure she wins.

View In Gallery
BIO Ayelet Raymond
Ayelet Raymond is a film and musical director who lives in New York City. She collaborated with young Broadway performers to create the American children’s television show My Hebrewland. She is the creative force behind the Kosher Barbie character and social media personality.