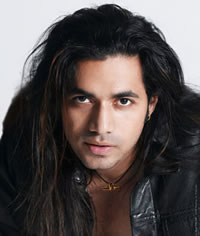 On the eve of the trial for serial rape of ex fashion designer Anand Jon, the district attorney on the case has announced her intention to dismiss half of the alleged victims, and more than half of the 59 counts against him -- including forcible, rape, sexual exploitation of a child, sexual battery and forcible oral copulation.

During pretrial motions on Monday, deputy district attorney Frances Young said she would be filing an amended indictment on Wednesday to reflect the reduced charges, as jury selection begins.

“We’re left with 10 victims and 29 remaining counts,” Jon’s attorney Tony Brooklier told me today. Jon, an Indian-born fashion designer, has been sitting in the Men’s Central Jail in downtown Los Angeles for a year, awaiting trial, all the time protesting his innocence. Now half his accusers have just evaporated.

What is the DA thinking? A spokeswoman for the D.A. refused to comment, citing a gag order by the judge. But a source in the prosecution office said that a decision was simply made “to streamline” the process, and get Jon “on the solids.”

Sounds like hogwash. The defendants that will be dropped tomorrow include some of the most unbelievable testimony that I read in the eight volumes of grand jury questioning. Notably dismissed is Katie W., the innocent young farm girl from outside Montgomery, Alabama who accused Jon of raping her in New York, but then followed him to Los Angeles where, she said, he raped her again. My story in Los Angeles magazine recounted a video of Katie W. found among Jon's effects, in which she cavorts for him naked, with no sense of shame or regret.

The others alleged victims to be dismissed were also noted in my story in this month’s Los Angeles magazine as problematic witnesses: Lindsay B., Lori B., Ashley H, Avery G.

The most troubling testimony came from yet another teen to be dismissed tomorrow. Chloe N testified that Jon had raped her vaginally and anally in the most heinous of ways. But she also said she had been molested as a child and that "stuff like that" had happend to her before. And she testified that she’d told no one of being  raped by Jon, not even her therapist, until the moment of the grand jury testimony: “And I still haven’t, other than this,” she said.

I have to wonder how closely the D.A.'s office was reading this testimony, while Jon sat in jail month after month. Also important to note is that most of the alleged victims to be dismissed tomorrow are key claimants in the New York case against Jon, which will be set for trial after Los Angeles.

More as news breaks in this fascinating case.