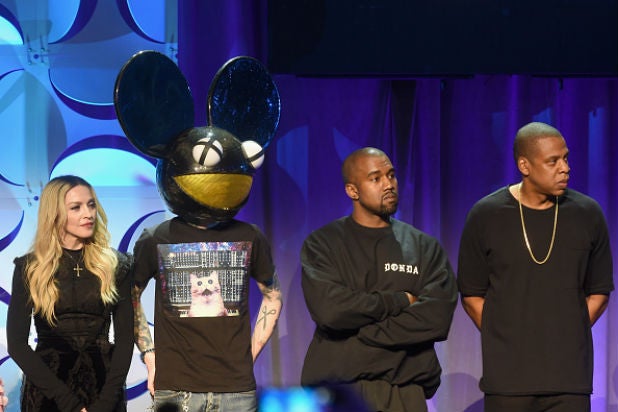 On March 30th, a group of top musical acts — from Beyonce to Madonna — took to the stage in New York City for the launch of their music streaming service, Tidal. At the podium, Alicia Keys –one of Tidal’s high profile artists and owners — described it as “the first-ever artist owned global music and entertainment platform.”

Pundits immediately asked if these top acts would make more money with their own streaming service, as opposed to relying on others. “Tidal charging too much money to offer almost the same exact product as Spotify,” wrote Kelsey McKinney in a critical piece on Vox.com. “It’s hard to believe that listeners will pay $20 monthly for a difference in audio quality that isn’t distinguishable through the earbuds most people use to listen to music.”

Music industry revenue from streaming has been rising at a dramatic rate. According to the International Federation of the Phonographic Industry, revenue from music subscription services climbed above $1 billion for the first time in 2013.  And as of 2014, the IFPI says subscription and ad-supported streaming services had grown from 9% to 27% of digital revenues in just five years.

“Streaming is one of a series of changes in the business that has weakened the ability or artists to make money through recording,” says Larry Kenswil, former head of Universal Music Group’s digital business.

Jay Z acquired Tidal’s parent company Sweden’s Aspiro last month for $56 million and quickly set out to make it a premium platform, teaming up exclusively with top talent.  But Tidal does not stream for free.  Its base cost is $9.99 a month, with a $19.99 a month price tag for premium version. It’s not entirely clear if the artist-owners will pull their content from other streaming sites.

“The proposition isn’t whether they’ll be making more money, but whether they’ll have the control to decide if these streaming services do well,” says Jared Gutstadt, Founder & CEO of recently acquired music publishing and licensing business Jingle Punks.  “Take the recent example of Taylor Swift pulling her songs from Spotify. Although this wasn’t a death knell, it did start the crumbling of a strong foundation that had been in place for years. Technology moves extremely fast and it only takes a day for new services to come up and compete, whereas in the past, ideas with record labels or film studios took years to build.”

“Pandora and Spotify do pay out a huge amount in royalties to record labels,” says Jingle Punks’ Jared Gutstadt. “But if you look at all the people standing on the stage the day of the Tidal announcement, they were the kings of the major labels. It’s not a question of whether it will be better for these artists but a question of scarcity. The likes of Jay Z, Jack White and Beyonce have better content that’s available somewhere else, so people are going to pay for it.”