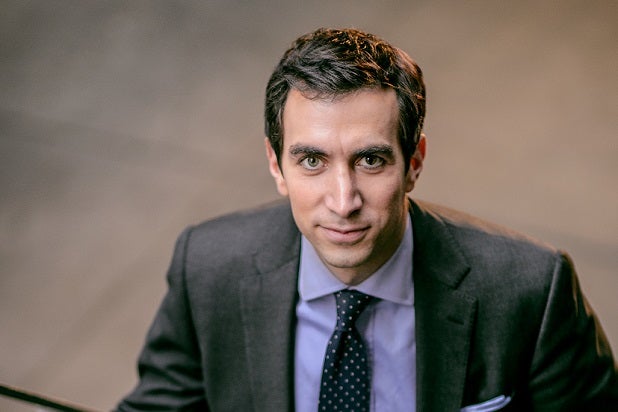 Showtime has ordered its first pilot of the year, putting in an order for the drama “Billions” from New York Times columnist and co-anchor of CNBC’s “Squawk Box,” Andrew Ross Sorkin, and “Ocean’s Thirteen” writers Brian Koppelman and David Levien.

Sorkin, Koppelman and Levien are writing the pilot as well as executive producing the project.

Billed as a “complex, contemporary drama,” the pilot is “a fictional drama that focuses on the collision and, at times, collusion between an aggressive U.S. attorney in New York and some of the richest hedge fund billionaires in the country.”

Sorkin (pictured) previously served as a co-producer of HBO Films’ adaptation of his book “Too Big to Fail: How Wall Street and Washington Fought to Save the Financial System – and Themselves,” about the 2008 financial crisis.

In addition to “Ocean’s Thirteen,” Levien and Koppelman’s credits include “Rounders,” “Runaway Jury,” “The Girlfriend Experience” and “Runner Runner.”