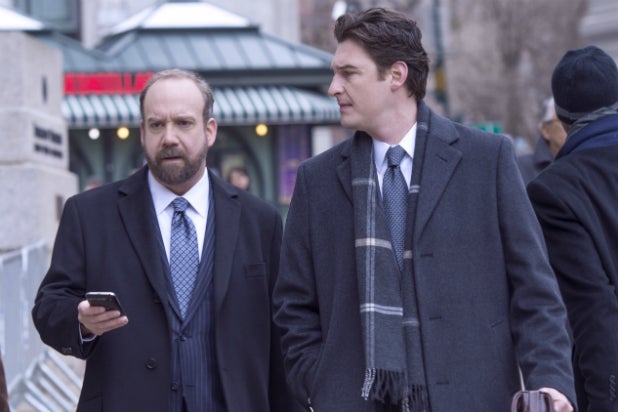 The series, described as a complex and contemporary drama about power politics in the New York world of high finance, is written and executive produced by Brian Koppelman and David Levien (“Ocean’s Thirteen,” “Rounders”). Andrew Ross Sorkin, author of “Too Big To Fail,” which served as inspiration for the eponymous HBO film, also writes and executive produces.

“The dynamic star pairing of Paul Giamatti and Damian Lewis is matched by an equally exciting team in the writing of this show,” Showtime President David Nevins said in a statement.

“Andrew Ross Sorkin, one of the preeminent financial journalists of our time, has joined forces with Brian Koppelman and David Levien, two of Hollywood’s most accomplished screenwriters, to tackle an incredibly timely and buzzy subject,” Nevins added. “With this caliber of writing and acting, I think the show’s authenticity and insider look will have great appeal to a discerning audience.”

“Billions” is set to film in New York later this year and is slated for a 2016 premiere.