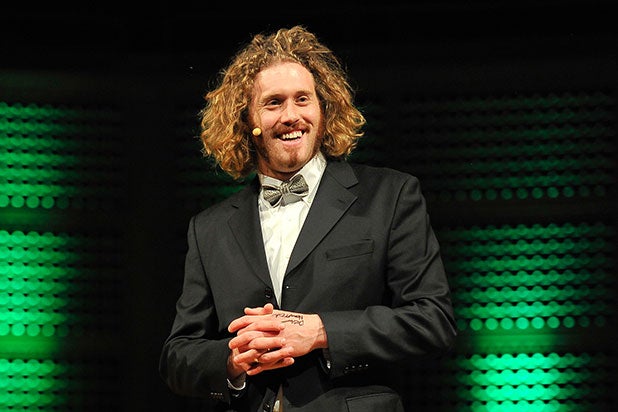 “Silicon Valley” actor and stand-up comedian T.J. Miller will serve as the Master of Ceremonies for the 16th Annual Golden Trailer Awards, it was announced on Tuesday.

The Golden Trailer Awards honor and celebrate the work of film and television marketers, and the advertising agencies and companies that create movie trailers, posters and commercials.

The awards are presented to nominees in various categories including Summer Blockbuster 2015, Trashiest Trailer, Most Romantic Trailer, Best of Show and the Golden Fleece Award, which sheds light on the best trailer for the film where the marketing was considered better than the film itself.

As TheWrap recently reported, Universal Pictures had a combined Golden Trailer Award count of 44 nominations (including Focus Features) for films such as “Furious 7,” “Jurassic World,” “Minions,” “Unbroken” and “Ted 2” — making the studio this year’s leader.

In second place by studio is Fox (which includes Searchlight and the Fox Network Group), with a total of 41 nominations for work on projects including “Birdman,” “Kingsman: The Secret Service,” “Gone Girl” and “Wild.”

Last year, actor Jay Mohr hosted the show. In 2013, Rob Schneider and Aisha Tyler were the Masters of Ceremonies.

“The Golden Trailer Awards recognize excellence in entertainment marketing and these trophies have become very coveted within the creative and studio communities,” executive director Evelyn Watters said, adding, “the show itself has a lot of energy and is a lot of fun. It is one of the best parties and networking events of the years for those in the movie business.”

The ceremony will take place on May 6 at the Saban Theater in Beverly Hills. Pre-party festivities begin at 7 p.m. PT, with the show beginning at 8 p.m.