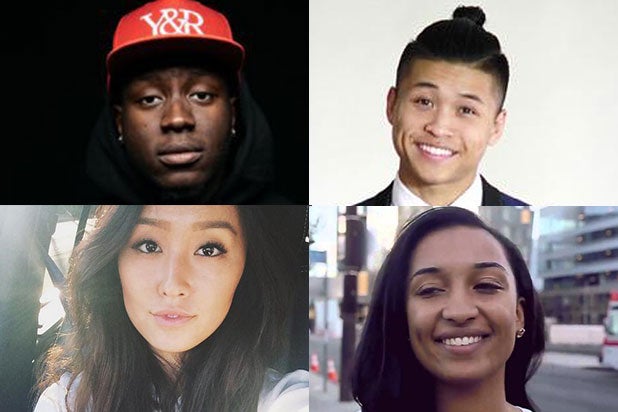 David Silverman, a key creative figure on “The Simpsons,” has signed on to direct animated stoner comedy “Superslackers,” which will feature several social media stars and is currently in production on a six-episode season, TheWrap has exclusively learned.

“Superslackers” follows a group of friends who get a bag of pot that has been switched with a drug being used in a government experiment that gives them superpowers. When a Professor Xavier-type shows up to train them, they have no interest in saving the world. They agree to move into a rent-free government compound, but all they want to do is watch TV and play video games. The Professor is convinced he can turn them into the heroes that the world needs — but can he do it before their infectious laziness spreads to the rest of the agents?

Also Read: 'The Simpsons' to Out Smithers in Tribute to Episode Writer's Son

Silverman is an animator best known for developing “The Simpsons” and directing numerous episodes of the long-running series, as well as “The Simpsons Movie.” His other film credits include Disney-Pixar’s “Monsters, Inc.,” on which he served as co-director. In 2012, Silverman directed the Maggie Simpson theatrical short “The Longest Daycare,” which was released in front of “Ice Age: Continental Drift.” The short received an Oscar nomination, and Silverman is currently set to direct a live-action/animated hybrid movie featuring the Panther for MGM.

Purpdrank is the best known of the cast, with over 9 million Vine follows, 3 million Facebook followers, 2.6 million Instagram subscribers and a huge Snapchat fanbase. His acting resume includes a starring role in Eric England’s indie feature “Get the Girl.”

Boston native Max Jr. rose to fame with his infamous Slap Cam stunts and is ranked among the top 50 Vine users, with 3.4 million followers, and 2 million more on Facebook.

Nampaikid is one of the largest Asian-American influencers, with 1.5 million followers on Facebook. As a martial arts expert and professional dancer, he has made his mark in the social media world with his original humor and slick dance moves.

Piques was an ex-professional soccer player who has parlayed his persona into social media celebrity, as he boasts an astounding 6.6 million followers on Facebook.

Sui is a well-known Youtube star and one of the top Asian-American influencers on Vine, while Fahnbulleh is a talented stand-up comedian, writer and fashion blogger who has taken the social media world by storm with almost 1 million followers on Facebook.