Fans of “Celebrity Rehab with Dr. Drew” might not be surprised to hear Tom Sizemore tell the world “My name’s Tom, I’m an addict.” However, TV audiences might be shocked to learn that by the time they see the “Black Hawk Down” actor say it, he could actually be behind bars. 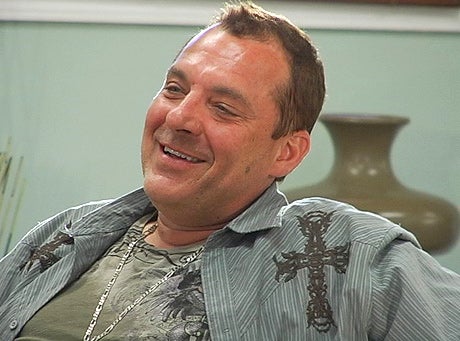 “I think he is a rich and intense person,” the VH-1 show’s in-house physician Dr. Drew Pinksy told TheWrap, “but Tom suffers from a severe drug addiction that is destroying his life and talent.”
Sizemore makes his debut on episode two of season three of “Celebrity Rehab” on Thursday night. Besides an attempt to kick his addiction to heroin, speed, marijuana and crystal meth, the actor’s much-promoted appearance on the reality series brings Sizemore face to face with former girlfriend Heidi Fleiss.
However, Sizemore’s dramatic and surprisingly touching reunion with the former Hollywood madam, which was actually filmed last spring, isn’t the only big date the actor has this week.
On Friday, Sizemore is anticipated to appear in court in downtown Los Angeles on charges of domestic battery. The accusation steams from the late night arrest of the actor for repeatedly slapping his then girlfriend on the 100 block of Beaudry Avenue, a desolate stretch near downtown LA, on August 5, 2009.
Sizemore was released on bail of $20,000 the next day. According to court documents, this was not the first such incident between the couple. On February 2, 2009, Sizemore inflicted "a corporal injury resulting in a traumatic condition” and used "force and violence” upon the woman.
“I really do see the speed, which I think is a drug of violence, as the one giving Tom the most trouble,” says Dr. Drew, who has repeatedly tried to treat Sizemore.
“Celebrity Rehab” isn’t the first time Sizemore, who now predominantly appears in straight-to-DVD action movies, has made a reality show appearance on VH-1 before; in 2007’s “Shooting Sizemore,” the actor allowed crews to follow him as he left rehab and tried to get his life and career on track. A filing in L.A. Superior Court last October by another ex-girlfriend against Sizemore for not paying over $58,000 in child support for the couple’s twins claims the actor has made approximately $400,000 from reality show appearances in the last few years.
A guilty verdict in the domestic battery case could potentially see Sizemore paying a substantial fine and spending up to a year behind bars. Not that such consequence or reality is anything new to the 45-year old actor, who appeared in films such as 1995’s “Heat” and 1998’s “Saving Private Ryan,” and recently in Starz network’s“Crash.”
Originally scheduled for December 9, 2009, this case is but one in a long line of run-ins with the law for Sizemore. Besides his drug offenses and parole violations, the actor was convicted in 2003 of assault and battery of then-girlfriend Fleiss. In 2009 alone, besides the incident of August 5th, Sizemore was arrested for an outstanding drug warrant and came under investigation in March from the LAPD for a bizarre incident involving the theft of a number of cell phones, a pen and a highlighter from a Verizon store in Los Angeles.
x
Looks like you're enjoying reading