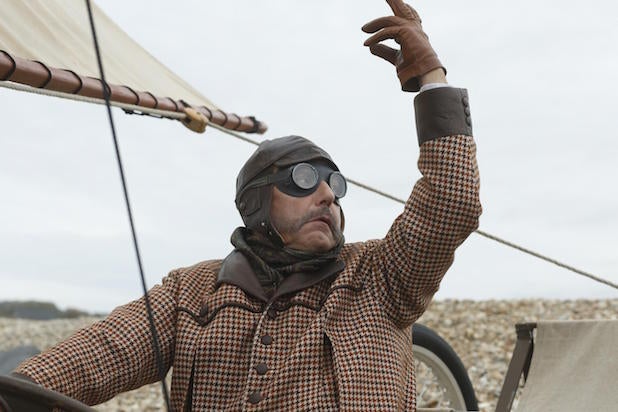 It’s strange to get to the end of a film screening in Cannes and have no idea whether the movie is about to be greeted with applause or derision, but Bruno Dumont’s “Slack Bay” felt that way during its final scenes on Friday morning.

Would the often-fickle audience for Cannes press screenings embrace Dumont’s wildly ambitious and downright weird combination of comedy of manners, melodrama, detective story, slapstick and Grand Guignol horror, which is certainly as bold as anything that has screened at the festival so far?

Or would it react to the fact that the movie is kind of a mess, and boo a comedy that went long stretches without any real laughs?

As it turned out, there was nary a boo to be heard inside the Grand Theatre Lumiere on Friday morning. Dumont has created a frustrating collection of wonderful moments and jaw-dropping, WTF ones, but the Cannes audience rewarded the director for having a vision like no other.

Also Read: The Scene at Cannes 2016: Red Carpet Arrivals and Beyond (Photos)

Dumont’s film is impressively nuts, maddening and over the top – and if it’s not terribly satisfying, it’s easy to understand why the audience gave him a pass and embraced the nuttiness.

“Slack Bay” (“Ma Loute” in French, which is the name of the lead character) is a black comedy set in the Nord Pas De Calais region of France, in a community of traditional fishermen and mussels-gatherers invaded by rich folks who come to bask in a primitive and rather desultory landscape that they nonetheless acclaim as “divine.”

Some of those rich folks start disappearing, and a police chief and his assistant (who bear a rather considerable resemblance to Laurel and Hardy, but with even more falling down) are dispatched to investigate. Meanwhile, the son of a local family takes up with the daughter of a rich family (or maybe it’s not the daughter – one way or another, there’s some cross-dressing and gender confusion going on). All kinds of havoc ensues.

And given the limited commercial potential for Dumont’s film, it’s probably not a major spoiler to disclose that some of that havoc involves cannibalism, inbreeding and the supernatural.

Many of the locals are played by non-professionals who look appropriately rustic, while actors like Juliette Binoche chew the scenery with gusto as they portray a batch of well-moneyed nincompoops who’d be right at home competing in Monty Python’s old Upper-Class Twit of the Year competition.

It’s funny, apart from the long stretches when it isn’t; as the absurdity grows, the movie gets crazier but less enjoyable, except as an exercise in how much Dumont can cram into the film before the whole thing collapses in a heap.

That is never does collapse is tribute to a director who has long been fascinated with murders and mysteries but has only recently shown much interest in comedy. The French director is a provocateur, and with “Slack Bay” his palette of provocation has expanded to the point where it can encompass everything from the casual treatment of brutal crimes to rich fools who can’t sit down in a lawn chair without it collapsing.

“For some time now, I have wanted to focus on drama,” said Dumont in a press conference after the film. “But I came to realize that comedy is just the flip side of drama … I can show a lot of violence [in this film], but there is a pirouette and it becomes funny.”

The comedic approach, he added, “can show people who they really are. We’re horrible people, but sometimes were good. We’re idiots and we’re geniuses. If you can show all that in a film, why not?”