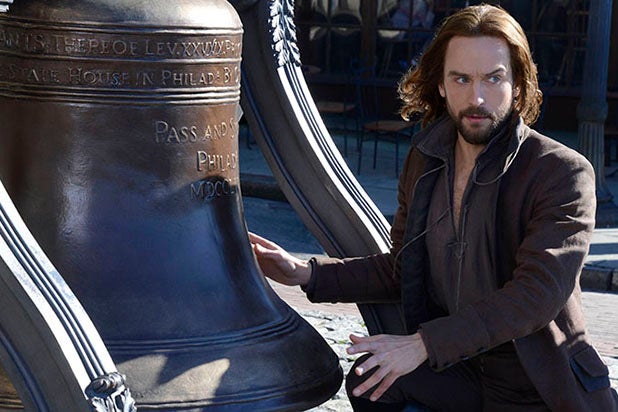 Ichabod learns that a ringing bell could possibly be the harbinger to destruction.

Nicole Beharie‘s Abbie Mills may be dead, but “Sleepy Hollow” is actually very much still alive.

Fox has renewed its supernatural drama for a fourth season, a show that many (once again) thought would head to the graveyard instead.

Also Read: 'Grandfathered,' 'The Grinder,' 'Bordertown' All One-and-Done at Fox

On Thursday, Fox axed “The Grinder,” “Grandfathered,” “Bordertown” and the already shelved “Cooper Barrett’s Guide to Surviving Life,” “Minority Report” and “Second Chance” — all after just one season.

Earlier this week, the network ordered the following five pilots to series: “Lethal Weapon,” “APB,” “The Exorcist,” “Making History” and “The Mick.” Previously, Fox picked up “The Pitch,” about the first woman to play Major League Baseball.

Fox is due to present its fall 2016 schedule to advertisers on Monday at the Beacon Theatre in New York.

The network finished third this season in the key 18-49 TV ratings demographic, and fourth among total viewers.