Disney used its panel at Comic-Con on Friday morning to tout its upcoming slate of animated films — from it’s newest hand-drawn musical "The Frog and the Princess" to announcing the studio would release the original "Beauty and the Beast" in 3D.

The panel also hosted famed Japanese animator Hiyao Miyazaki’s, whose "Ponyo" will get its American release in August. 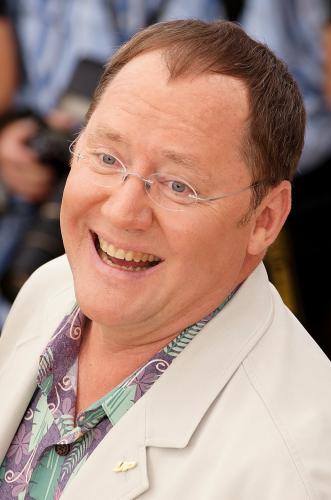 But the presentation in Hall H also showed more familiar Disney fare upgraded to 3D, including the opening of "Toy Story 2," in which an aloof Buzz Lightyear encounters an angry fleet of Zergs in a videogame being played by the dinosaur Rex.

"I can’t press the fire button and shoot at the same time," Rex jokes of his little arms.

Three years after the merger of Pixar and Disney, Chief Creative Officer John Lasseter said he was excited to show what the two parties had created. He said that those who are familiar with 1995’s ‘Toy Story’ have never seen the film on big 3D screens.

"We’ve always made 3D films at Pixar — the theaters have just finally caught up to us," Lasseter said.

He also debuted a trailer for a double feature of the original cartoon and its sequel in 3D, in which all of the toys stumble across a pair of 3D glasses and play around with the new technology.

The double feature, which will hit theaters Oct. 2 — is a marketing ploy for "Toy Story 3," out next summer. The film’s director, Lee Unkrich, said they’d been working on the projet  for over three years and only have a quarter of it animated ,despite its June 2010 release date.

Unkrich and the film’s original creators, he said, went on a retreat to a cabin to face the "daunting task" of finding a plot for the third movie. They decided they needed to have the film’s boy star, Andy, grown up and ready to depart for college.

All of the old characters and their celebrity voices are back, including Tom Hanks and Tim Allen. He also said that Barbie will find her companion in the movie — Ken, who will be voiced by Michael Keaton.

Ulrich then introduced a comical old-school themed look at the doll called "Groovin’ With Ken," in which he looks at himself in the mirror and dances to disco music.

Lasseter then announced that the studio is releasing the classic "Beauty and the Beast" in 3D next Valentine’s Day. 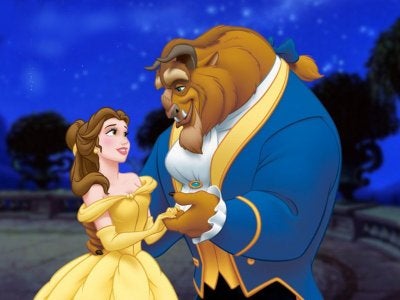 "It’s the only animated film to be nominated for Best Picture and it was made with the digital cap system, so the new technology gives it some roundness," Lasseter said.

They showed a sneak of the film in its upgraded state, and audience members sang along to the movie’s opening theme song.

Lasseter also showed a clip from an original Christmas special airing this holiday season for ABC called "Prep & Landing" about elves who sneak into houses to prep the homes for Santa’s arrival — scanning chocolate chip cookies for nuts and calming angry guard dogs.

The studio is also reviving hand-drawn animation with "The Princess and the Frog" this winter. It’s a return to the "classic fairytale," said the film’s director John Musker – but the twist is the princess in the title is African American, a first for Disney.  The picture is set in New Orleans in the 1920s, and princess Tiana has career ambitions instead of only dreaming of romance. 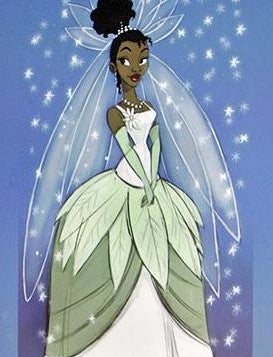 The film also marks the return of the Disney musical and features seven original songs composed by Randy Newman.

The filmmakers showed eight minutes from the film, in which a man named Doctor Facilier whisks away the film’s Prince Naveen and tries to show him the magic of his voodoo and tarot card reading through song.

He forces him into a handshake and pricks the prince’s finger, prompting a transformation.  The hand-drawn figures are clearly in the style of its animators, who worked on "Aladdin" and "The Little Mermaid."

The film also has an ecclectic cast of animal friend and characters, who popped up in another scene shown when the princess and prince have turned into frogs and are taunted by talking alligators and flies.

The filmmaker said he develops his storyboarding process through "thinking,  thinking, thinking" about his story. 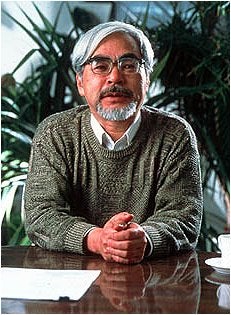 "If you have a better way, please let me know," he kidded. "I think working on a storyboard alone is a custom we have in Japanese animation – it’s not just I who does this, but since I’m slow, it seems like I’m always working."

He said his idea originated with a frog but he couldn’t work out a good story for a frog, so he turned the animal into a goldfish.

The film’s bright colors, he said, help to tell the goldfish’s simple colors. Because the fish was bright orange, he wanted the other colors to match the color’s intensity.

After screening a clip from the film in which its central family is chased by a large wave, both Miyazaki and Lasseter were presented with Comic-Con’s Ink Pot award.

"Can I use this ink?" Miyazaki joked.