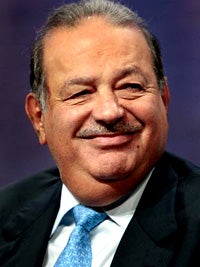 Carlos Slim is not buying the New York Times Company. At least not yet.

But rumors that the Mexican telecom billionaire investor and major Times shareholder was considering a bid sent the company’s stock on a bit of a ride on Monday.

Shares shot up 12 percent on talk of a potential Slim bid, and then fell when the 70-year-old tycoon’s spokesperson denied it, saying Slim wasn’t interested in buying the company.