NBC ordered new competition “Ultimate Slip ‘N Slide,” which will be hosted by Bobby Moynihan and Ron Funches. The 10-episode game show is getting the Summer Olympics Closing Ceremony as its series-premiere lead-in.

The silly show promises to be “a fresh take on Wham-O’s iconic 1960s outdoor game.” 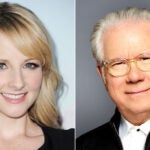 “This wet-and-wild new series takes the spirit of the classic backyard slide and transforms it into a real-life water park full of gigantic slippery rides with the chance to take home a big cash prize,” according to NBC’s description.

Featuring pairs of siblings, best friends, couples and co-workers, teams from all walks of life will compete in multiple rounds of games, including Human Pong, Body Bowling, Cornhole, Bocce Fall and many more, it continued.

The two teams that make it to the final challenge will take on the Big Slipper, a colossal multi-part slide meant for only the bravest and boldest players as it determines who will earn the title of Slip ‘N Slide champion and take home the cash prize.

“NBC is proud to be the home of some of the biggest and most outrageous physical competition shows and we’re thrilled to add this larger-than-life version of the classic backyard game to our summer lineup,” Jenny Groom, executive vice president of unscripted content at NBCUniversal Television and Streaming, said in a statement on Thursday. “What better way to celebrate all the gold medals from the Olympic Summer Games than to give everyday people the opportunity to soar down an extraordinary 65-foot-tall slippery yellow slide.”

Get us a beer and we’re in.