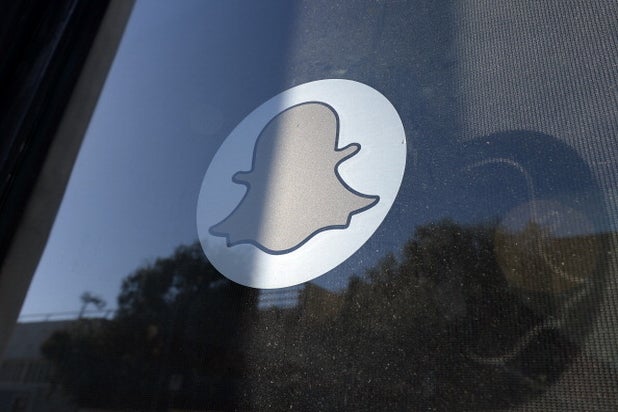 Snapchat on Friday removed its Juneteenth filter after users criticized it for being tone deaf. The filter, featuring the Pan-African flag in the background, prompted users to smile to break computer-generated chains.

“We deeply apologize to the members of the Snapchat community who found this Lens offensive,” a Snap spokesperson told TheWrap. “A diverse group of Snap team members were involved in developing the concept, but a version of the Lens that went live for Snapchatters this morning had not been approved through our review process. We are investigating why this mistake occurred so that we can avoid it in the future.”

Digital strategist Mark S. Luckie’s tweet calling attention to the filter was retweeted more than 1,000 times on Friday morning. “This SnapChat #Juneteenth filter is…um…interesting,” he tweeted. “Smile to break the chains? Okay then.”

Smile to break the chains? Okay then. pic.twitter.com/Wyob3kT3ew

Juneteenth honors the end of slavery in the United States. The name is a combination of “June” and “nineteenth,” commemorating the date in 1865 when Union soldiers announced in Galveston, Texas, that the Civil War had ended and slaves were free. The event came more than 2 years after President Abraham Lincoln issued the Emancipation Proclamation.

Luckie wasn’t the only one who called out Snapchat’s filter on Twitter, either. Several other users shared their displeasure:

Snapchat had to have so many meetings to launch their #Juneteenth filter. And at no point did anyone with decision making power stand up and say, "THIS IS AN ABSOLUTELY HORRIBLE IDEA."

I rather Juneteenth go back to being an obscure holiday if this is what is going to happen. This is ridiculous @Snapchat

It really doesn’t get more tone deaf than Snapchat’s Juneteenth filter. Telling people to smile to break the chains.

Earlier this month, Snapchat said it would stop promoting President Trump’s account for inciting “racial violence.”  Snap made its decision, according to a company rep, after the president tweeted “vicious dogs” and “the most ominous weapons” were being used against protestors who got “too frisky” in Washington D.C.

“We will make it clear with our actions that there is no gray area when it comes to racism, violence and injustice,” Snap CEO Evan Spiegel said in a memo earlier this month.  “We simply cannot promote accounts in America that are linked to people who incite racial violence, whether they do so on or off our platform.”