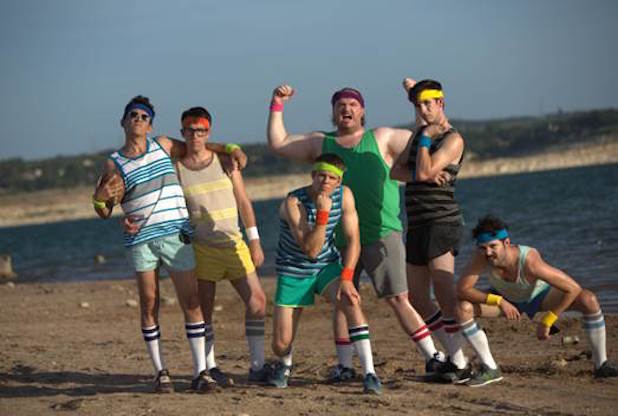 The “SNL”-packed football comedy “Balls Out” has landed North American distribution from Orion Releasing following its premiere at the 2014 Tribeca Film Festival. MGM will distribute the film in Latin America.

Formerly titled “Intramural,” the film was directed by Andrew Disney and written by Bradley Jackson. It will be released theatrically and on VOD in the U.S. on June 19.

The story follows 5th-year college seniors who go for one last shot at glory in the semi-competitive world of intramural football.

With graduation, marriage, and an uncertain future on the horizon, Caleb Fuller (Lacy) decides to do the one thing he vowed to never do again — get the old flag football team back together. Now with the help of his Panther teammates and unorthodox head coach Grant Rosenfalis (Kocher), Caleb must defy all odds in the hope of achieving the glory he once had.

CAA, Odenkirk Provissiero Entertainment and attorney Lev Ginsburg represent both Disney and Jackson, though it was Deborah McIntosh at WME who negotiated the deal on behalf of the filmmakers.