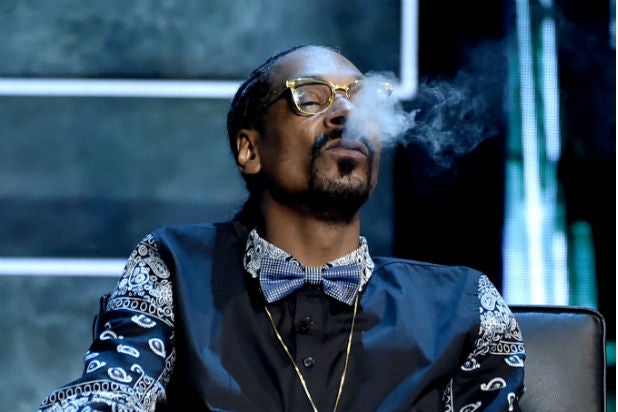 Ken Bone has clearly sparked Snoop Dogg‘s interest — and now the rapper wants to return the favor by sparking one up with the internet sensation.

Like most Americans, the “Doggy Style” rapper was captivated by Bone’s appearance on the presidential debate between Donald Trump and Hillary Clinton on Sunday. And on Tuesday, Snoop Dogg extended an invitation of the highest order to Bone.

“Come to the crib and smoke 1 wit Tha Dogg,” the rapper tweeted at the  internet sensation.

Also Read: Ken Bone 'Will Not Endorse' Hillary Clinton or Donald Trump - No Matter Who He Decides to Vote for (Video)

Snoop also made reference to Bone’s now-famous red sweater, and perhaps signaled his intention to move Bone — who told late-night host Jimmy Kimmel on Monday that he’s still deciding who to vote for — toward the Democrats’ side.

“Nice sweater @kenbone18. U should get it in blue,” the rapper wrote.

The 34-year-old coal-plant operator created a frenzy on the internet during Sunday night’s debate among people who considered him to be a highlight of the debate.

“His name is Ken Bone and he ken bone me anytime,” a particularly randy admirer added.

The offer, extended by CamSoda president Daron Lundeen, encouraged Bone to “take us all to the Bone Zone and tell/show us what you’re all about.”