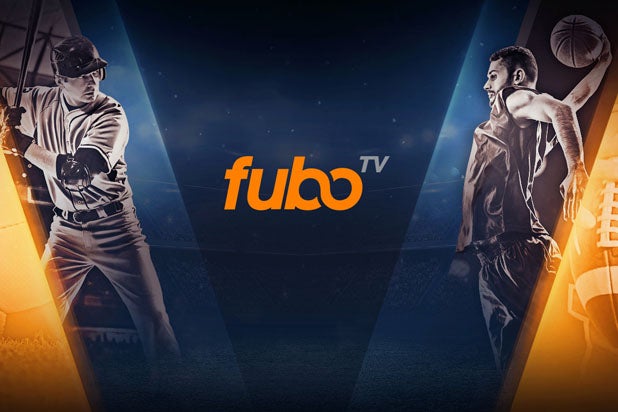 FuboTV is the latest skinny bundle that’s about to get a lot fatter.

The soccer-focused streaming TV company announced Wednesday that it will be adding multiple sports and general interest channels as part of a new product set to launch in January. FuboTV has signed affiliate agreements with several networks, including NBCUniversal, Fox and NBA TV, and will incorporate channels such as Fox Sports 1, E! and NBA TV into a streaming live TV bundle with more than 70 channels that will carry an introductory price of $34.99 a month.

David Gandler, FuboTV’s co-founder and CEO, told TheWrap that despite its broader scope, the new product isn’t designed as a wholesale cable replacement — or even a direct competitor to other general interest streaming services, such as AT&T’s DirecTV Now, which is also charging $35 a month as a promotional rate for its 100-plus channel package.

“We view our service as incremental to the cable universe,” Gandler said. “We’re not going to have the 500 channels. We are trying to build a package that we feel makes sense for a specific audience. We’re not going to get caught up in an arms race with everyone else.”

FuboTV hopes to launch a beta version of the new product around the first week of January, Gandler said. Customers can watch on fubo.tv on Android and iOS devices, and Amazon’s Fire TV and Fire TV Stick, Apple TV, Chromecast, Kindle Fire, Roku, and through T-Mobile’s Binge On.

The beta will include features like cross-platform DVR, video on demand, in-browser streaming and digital TV guide navigation, with more add-ons to come.

Gandler said FuboTV has been able to differentiate itself in the sea of streaming services by offering the greatest number of sports networks in its entry-level pack — which will continue with its new product.

The new service will include Fox, NBC and Telemundo owned broadcast stations, regional sports networks from Fox Sports and NBC Sports, as well as national sports networks including BTN, FS1, FS2, Fox College Sports, Fox Deportes, The Golf Channel, NBA TV, NBCSN, NBC Universo and Universal HD. The basic tier will also carry Fox Soccer Plus — which is usually offered only on premium tiers or as a standalone channel from other providers.

Gandler said the selection of new sports channels offered was designed to appeal to what FuboTV’s overwhelmingly young, male and soccer-mad audience is likely to watch when they’re not focused on the pitch.

“We think there are correlations between specific sports and soccer,” he said.