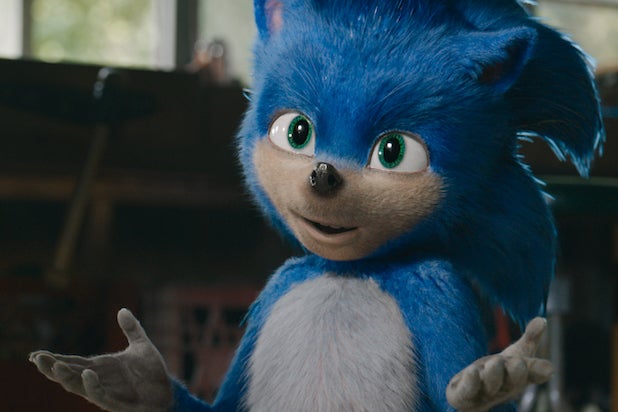 The live-action “Sonic the Hedgehog” movie has been pushed back so that the visual effects artists can make adjustments to Sonic’s character, the film’s director Jeff Fowler announced on Twitter Friday.

Fans of the video game character were highly critical of the speedy blue hedgehog’s fur, his eyes, and most notably his human-looking teeth.

“Taking a little more time to make Sonic just right,” Fowler tweeted along with the hashtag “No VFX artists were harmed in the making of this movie.”

Sonic, as seen in the first trailer for the film, has individual strands of animated fur, a giant head, long, lanky legs, two far apart eyes that drastically differ from the classic mono-eye drawing of the video game character, and even human teeth. Fans compared it to everything ranging from the live-action “The Cat in the Hat” to Woody Woodpecker to the kid who turns into a werewolf in “Jumanji.”

Many others did their own quick drawings that could easily help correct it, and others put it up side by side with the stellar live-action creatures seen in “Pokemon: Detective Pikachu.”

Also Read: Here's Everything 'Sonic the Hedgehog' Is Being Compared to, From 'Cat in the Hat' to 'Jumanji'

“Thank you for the support. And the criticism. The message is loud and clear… you aren’t happy with the design & you want changes,” Fowler tweeted shortly after the backlash hit. “It’s going to happen. Everyone at Paramount & Sega are fully committed to making this character the BEST he can be.”

Ben Schwartz is the voice of Sonic, a super fast hedgehog who in the original Sega video games dashes through obstacles, collects golden rings and fights the evil Dr. Robotnik. Jim Carrey stars as Dr. Robotnik and James Marsden as Sonic’s human companion.