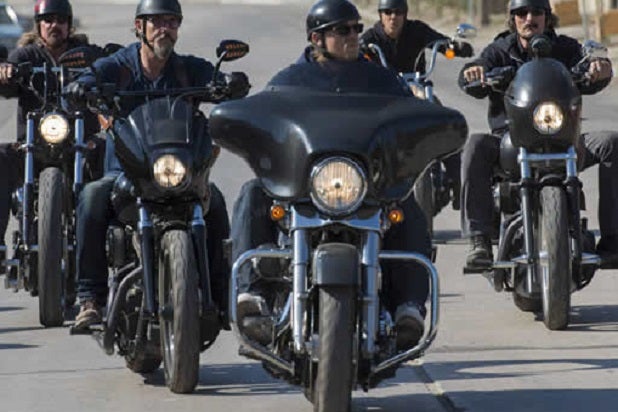 Watch out, Conan O’Brien; you have a rough bunch coming your way.

While this appearance will mark a first for the “Sons” gang, it’s not unprecedented for O’Brien to welcome whole casts from shows to his stage. Previously, “Conan” has hosted the casts of “Orange Is the New Black,” “The Walking Dead,” “It’s Always Sunny in Philadelphia” and “Breaking Bad.”

Currently in its seventh and final season, “Sons of Anarchy” is roaring to an end on a high note. The September premiere of the season hit a series high in the ratings, amassing 6.2 million total viewers, with 4.1 million viewers in the advertiser-coveted 18-49 demographic.