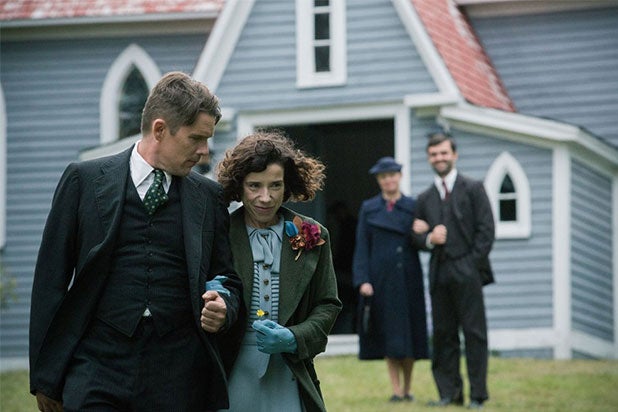 The film stars Sally Hawkins and Ethan Hawke and is based on the true story of the romance between Everett Lewis (Hawke) and his housekeeper, Maud (Hawkins), who later became a famous artist. The film is written by Sherry White.

“I am delighted that Sony Pictures Classics have come on board to distribute ‘Maudie,'” said Walsh. “They have an amazing record of bringing indie films to the widest audience possible and I am so excited to be working with them.”

The film recently premiered at Telluride Film Festival and played at this month’s Toronto International Film Festival. In addition to the U.S., Sony will handle distribution in territories such as Italy, Turkey and the United Kingdom.

The deal was negotiated between CAA, Mongrel International and Sony Pictures Classics.