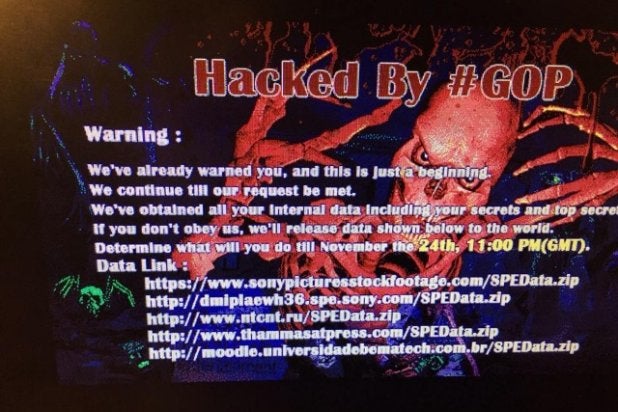 North Korea is emerging as the culprit behind the Sony hacking attack more strongly than ever, according to the head of the House Intelligence Committee.

Representative Mike Rogers (R-Mich.), who acts as the chairman of the committee, indicated “a clue” leads him to believe North Korea is behind the attack, according to the LA Times.

“I would argue as a former FBI agent that, when a nation state says that ‘This group … did this on behalf of the North Korean people … and we appreciate it,’ as we would say in the FBI: that is a clue,” Rogers said Friday at a breakfast sponsored by the Christian Science Monitor.

Rogers made his statements based on publicly available information.

While no culprit has been officially named, Rogers believes they are making headway, saying, “I do believe our attribution is getting much, much better.”

The hack exposed personal information — including salaries and home addresses — of current employees and those who stopped working at Sony as far back as 2000 when the information was leaked to various news outlets and over BitTorrent.

While North Korea at first would not confirm or deny that it was behind the hacking as retaliation for Sony’s Seth Rogen-James Franco comedy “The Interview,” which revolves around an assassination attempt on the country’s leader Kim Jung-un, it then reportedly denied involvement, calling the accusations “another fabrication targeting the country.”

However, a new message posted online Monday demanded that the film be pulled from its scheduled release, which seems to contradict the idea that there is no North Korea link.

Additionally, earlier reports indicated findings from Sony, the FBI and private security firms turned up evidence that the malware was allegedly created on a machine with Korean language settings, was created during Korea-based hours and shares similarities to previous attacks attributed to North Korea.

The FBI visited Sony Pictures Entertainment’s Culver City headquarters on Wednesday for employee cybersecurity awareness briefings, and CEO Michael Lynton has also scheduled an “all hands” meeting to update employees on the latest.