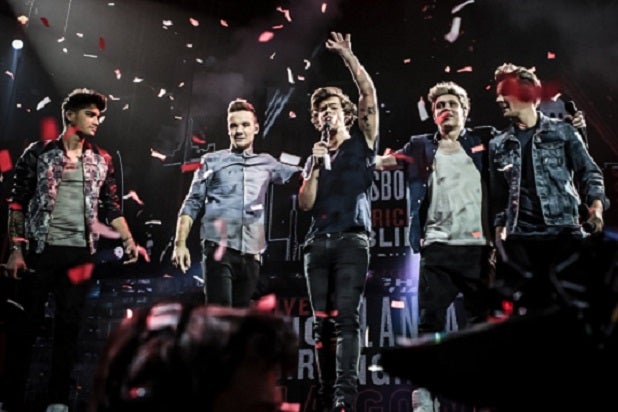 Sony will release an “extended fan cut” of  “One Direction: This Is Us,” the studio said Monday.

Four songs – which ones haven’t been disclosed — and 20 minutes of footage not in the version of the concert film released on Aug. 30 will be included. The movie about the British boy band already brought in $50 million at the worldwide box office.

“We’re overwhelmed by the response to the film, so we’re thrilled to be able to release this extended cut of the film for One Direction fans,” said Sony Pictures’ Chairman of Worldwide Marketing and Distribution Jeff Blake.

It’s the second unusual theatrical play in as many weeks for Sony.

Also read: What’s Seth Rogen’s Raunchy ‘This is The End’ Doing Back in Theaters?

Last weekend, the studio brought back Seth Rogen‘s raunchy comedy “This Is the End,” which debuted in June, so that it could hit $100 million at the domestic box office.

It worked. After bringing in $2 million from 2,161 theaters over the weekend, it’s at $98.9 million, leaving it just a little more than $1 million shy of the box-office benchmark. It should reach that figure in the next day or two.