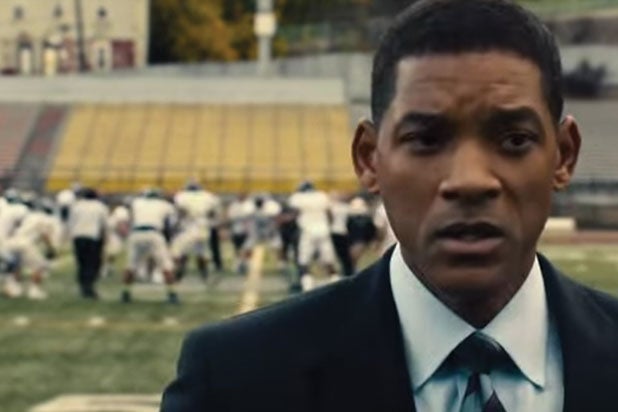 Sony Pictures will offer pro football players free admission to “Concussion,” on the heels of a report that the NFL contributed no money to researching the controversial disease at the center of the film.

Chronic traumatic encephalopathy, or CTE, is the subject matter of the Will Smith drama —  a disease heavily linked to contact sport players that suffer repeated brain trauma, like those on the football field.

Any league player and a guest can score tickets upon the movie’s Christmas Day opening at Cinemark theaters nationwide and take in the story of Dr. Bennet Omalu, who is widely credited with shining a light on the disease”s link to American football players.

Also Read: Will Smith Says He Was 'Conflicted' Over 'Concussion' Role

“This is a movie for the players, so we wanted to give them a chance to see it before its nationwide release and free admission during its run in theaters,” producers Ridley Scott and Giannina Scott said of the offer.

And while multi-millionaire players don’t have to throw down at local box offices, it seems their higher-ups at the NFL did not allocate funds to a new grant program that awarded some $16 million to labs and universities studying CTE in living players.

No NFL money went to the program sponsored by the National Institutes of Health and the National Institute of Neurological Disorders and Stroke, reported the New York Times. The NIH told the paper it had decided to solely fund the new research  but did not explain why the league would not contribute as well.

The NFL does however have a $30 million endowment at the organization specifically for head trauma research, and participates in as many as seven other such studies.

“Through the Sports and Health Research Program (SHRP) — a partnership among the NIH and the NFL and the Foundation for the National Institutes of Health — multiple studies have been and will continue to be funded to examine traumatic brain injury in athletes,” an NFL spokesperson told TheWrap.  “The NFL funding commitment to SHRP remains intact.”