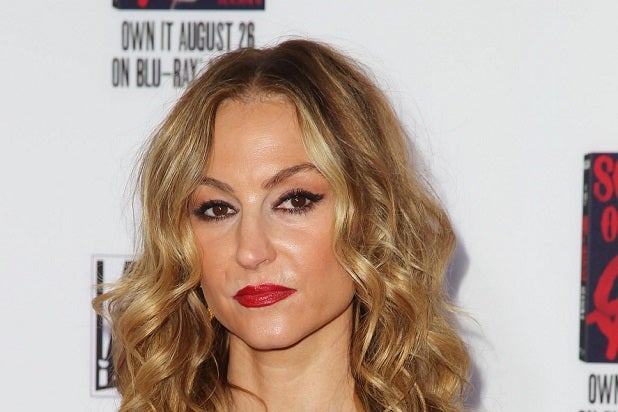 Drea de Matteo, star of HBO’s “The Sopranos” and the recently wrapped FX biker series “Sons of Anarchy,” is among those who lost their homes in an explosion and subsequent fire that destroyed her New York City building on Thursday.

De Matteo tweeted the news on Thursday, first noting that emergency responders were attempting to extinguish the flames caused by the explosion.

“NYC’s finest trying to put out the flames to mine n many others apartments,” the actress wrote, posting a picture of the firefighters at work. “Speechless.”

Shortly thereafter, de Matteo wrote, “A hole where my NYC home of the last 22 years once stood… RIP 123 2nd Avenue.” The actress included another picture of her building, entirely destroyed by the fire.

The explosion left four in critical condition and more than a dozen others injured, ABC News reports.

New York mayor Bill de Blasio said that early evidence “suggests a gas-related explosion,” adding that the explosion “appears to have been caused by plumbing and gas work that occurred in 121 2nd Avenue,” which is next door to de Matteo’s building.

Four buildings were affected by the explosion and fire, with two of the structures partially collapsing.

De Matteo was recently cast in ABC’s “Marvel’s Agents of SHIELD as Karla Faye Gideon, a “gifted individual” who has a bone to pick with Director Coulson’s (Clark Gregg) noble defense organization S.H.I.E.L.D.