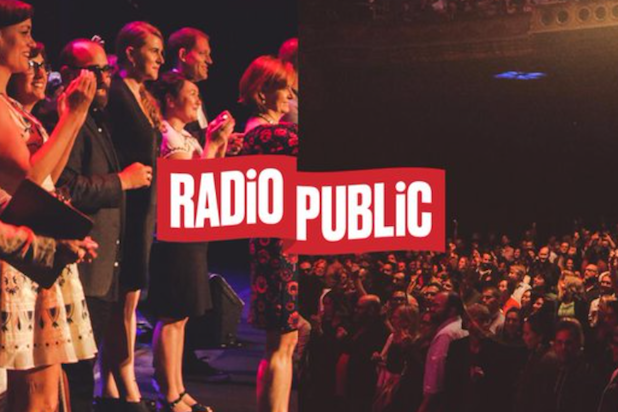 The new venture from the company that delivers radio hits, including “This American Life,” hopes it will never need a pledge drive to keep bringing you shows you love.

PRX, the Cambridge, Mass.-based nonprofit behind delivering radio hits including “This American Life” and “The Moth Radio Hour,” is spinning off a new for-profit company called “RadioPublic.” (The name is a spin on public radio, the name for taxpayer- and listener-supported stations that air programming from both National Public Radio and independent producers like PRX.)

RadioPublic, whose investors include The New York Times, the Knight Foundation Enterprise Fund, Project11, McClatchy, Matter, American Public Media and Homebrew, hopes to fuse “the simplicity and serendipity of radio together with the creativity and diversity of podcasts, with some secret sauce,” according to the company’s website.

“We believe RadioPublic can be radio rethought,” RadioPublic CEO and PRX founder Jake Shapiro told Poynter. “We think that there’s something extraordinarily powerful and simple and beautiful and coherent about radio that needs to be transformed for how people are using and accessing information.”

PRX will continue as a nonprofit focused on helping producers create and distribute radio, according to Poynter. Kerri Hoffman goes from the company’s COO to CEO. She replaces Shapiro, who will focus on RadioPublic.

“PRX will remain, as it has for years, focused on solving problems in the producer space,” Hoffman told Poynter. “If you think about these two entities together, PRX will continue to focus on the needs of the producers and RadioPublic will help all of us, on all of our shows, gain new audience.”