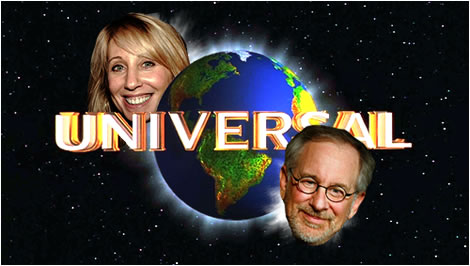 UPDATE TO READERS:  A warm welcome to readers coming from The Daily Beast, our new editorial partner. Read the same post there.

DreamWorks has all-but-officially closed a distribution deal with Universal, with an announcement expected in the next few days, my sources tell me.

Three major studios were vying for the guaranteed cash that comes from the right to distribute DreamWorks’ movies. Now that the billion-dollar deal between the Steven Spielberg-David Geffen-and-Jeffrey Katzenberg machine and the Indian media conglomerate, Reliance, is closed, Universal, Fox, and Disney are all keeping communication lines open to get this deal done, according to two people close to the deal-making. A senior figure at DreamWorks said that the deal is not yet done, but that Spielberg would decide by the weekend.  He declined to say who had the edge in the discussions.

But Universal has had the lead position from the start. It is no secret that Spielberg considers the Universal lot his home – it’s where he started his career, and where his production company, Amblin, has been based, even with DreamWorks’ purchase by Paramount in 2005.

The devil is still in the details. (And I don’t specifically mean Geffen by that reference.)

The terms are complicated by the fact that DreamWorks and Paramount are still contractually intertwined for the next several years. Paramount has the right to co-produce any DreamWorks films that were in development at the time of the Reliance ADA deal, which officially closed in September. Therefore Paramount also will have the right to share distribution with whichever major studio gets DreamWorks distribution.

Second, Geffen is peeved at Universal for not putting up the cash to bring DreamWorks back onto the lot from Paramount in the first place, which forced the mini-studio to seek funding outside of Hollywood.

Meanwhile Spielberg is non-plussed that Universal passed on the opportunity to co-finance his epic 3D animated adventure tale, “Tintin,” which he is making with director Peter Jackson. (Universal ran the numbers, and found that with the guaranteed gross paid to Spielberg and Jackson, the film would have to take in well over $400 million to be profitable for them.)  Universal’s reticence has held up progress on the film, which had been scheduled to start principal photography in October.

Third, DreamWorks is seeking favorable distribution terms, in which they would be fronted cash by the studio, one person involved in talks tells me. Distribution deals are highly sought after by major studios, because it generates guaranteed cash for their bottom lines. They typically are able to charge 12 to 15 percent of the box office in exchange for distribution, and in the past Universal distributed DreamWorks films for about nine percent.

But all the parties involved are making nice. GE’s Jeff Immelt and Universal chief honcho Ron Meyer had dinner with Spielberg and DreamWorks co-chairman and CEO Stacey Snider recently. The word is they were not talking business, but the bonding experience was apparently priceless.

In Hollywood terms, this will be a long-term deal, an alliance expected to last six years,  well beyond the current development slate which is shared with Paramount. I’m told negotiations are being handled mainly by Spielberg and Katzenberg lawyers Skip Brittenham, Bruce Ramer and a host of other high-powered attorneys.