Marvel’s “Spider-Man: No Way Home” is on the path to becoming one of the Top 10 highest-grossing films in U.S. box office history.

With no new releases on New Year’s weekend, the same box office trends of Christmas weekend continued to play out with “Spider-Man: No Way Home” still dominating, “Sing 2” finding life as a family alternative, and everything else earning minimal numbers.

Sony’s latest Marvel film is now its highest-grossing release ever, and after this weekend will cross $600 million in domestic grosses. Sony reports that the blockbuster made $15.2 million on New Year’s Eve and estimates that the film will add $48 million in its third weekend, bringing its total to $605 million after three weekends in theaters.

Globally, the film will also pass $1.3 billion, putting it in the Top 15 on the all-time global charts. In the coming days, it is set to pass the worldwide totals of “Jurassic World: Fallen Kingdom” and “Star Wars: The Last Jedi.” 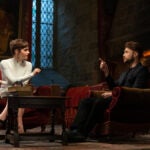 Universal/Illumination’s “Sing 2” will take second with a solid $19.5 million in its second weekend, giving it a total of $89.5 million after 12 days in theaters. That puts the film in position to earn the highest domestic gross of any animated film in the pandemic era and the first to cross the $100 million mark. Currently, the top animated film of 2021 is Disney’s “Encanto,” which added $950,000 in its sixth weekend for a domestic total of $91.2 million.

Lionsgate/Kingdom’s “American Underdog” is in third with an estimated $4 million grossed in its second weekend, which would give it a total of just under $15 million after nine days in theaters. The Kurt Warner biopic continues to find modest traction in the central and midwest U.S. and should post a modest profit. Though a budget hasn’t been reported for “American Underdog,” directors Jon and Andrew Erwin have been known for making films on the cheap with their last film, “I Still Believe,” having a production spend of $12 million.

The same can’t be said for 20th Century’s “The King’s Man” and Warner Bros./Village Roadshow’s “The Matrix Resurrections,” both of which have immense price tags and are struggling to perform up to their weight class. Industry estimates have “King’s Man” making $3.7 million this weekend for a total of just $18.7 million, while “Matrix Resurrections” is estimated to make $3.1 million for a total of $30 million.